Previously, we heard networks begin to debate whether the use of fake crowd noise could enhance broadcasts as major American sports leagues return to action without fans, but the NBA as a whole is reportedly considering implementing video game sound.

What’s interesting is that this could be a league-wide decision as opposed to being left up to each network. Local and national networks may have varying opinions on pumping video game sound into the broadcast, but it won’t be their decision if mandated by the NBA.

Offering an update regarding a recent call by the NBAPA, Shams Charania of The Athletic wrote, “There could be crowd noise via NBA 2K video game sounds, but the NBA and NBPA is still discussing creative opportunities.”

With Major League Baseball owners and players still quarrelling over who gets a bigger financial cut this year and the NHL yet to announce an official start date, the NBA could be the first league to play games this summer. Other leagues will have the opportunity to use NBA broadcasts as a test case, to see what works and how fans reacted.

There is no precedent for broadcasting playoff basketball without a live audience, so there will be some trial and error. NBA Twitter is loud and will serve as a good barometer of whichever decision is made regarding the use of video game sounds. 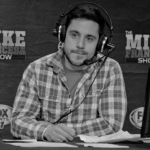 Brandon Contes is BSM’s lead reporter for sports radio and television news. You can find him on Twitter @BrandonContes or reach him by email at Brandon.Contes@gmail.com.