WFNZ producer and assistant program director Mark Seidel passed away this weekend from an unexpected massive heart attack. He was 37 years old. His longtime friend and WFNZ colleague Travis “T-Bone” Hancock broke the news on Twitter.

Seidel returned to WFNZ in 2019. It was the station where his radio career began in 2007. He worked seven years as a board operator and producer for Bustin’ Loose with Frank & Moose in mid days on the station in addition to contributing in other areas. He was recently working behind the scenes on ‘The Clubhouse‘ with Kyle Bailey, and also had helped out Nick Wilson and Josh Parcel, while lending programming support to program director Terry Foxx.

In 2014, Seidel moved to Las Vegas to produce Pregame.com’s First Preview and The Las Vegas Sportsline. In 2015, he became program director of Lotus Broadcasting’s sports stations in the market. He worked alongside a number of familiar personalities including JT The Brick, Steve Cofield, and Mitch Moss, among others. He was also the station’s PD when the company landed the radio rights to the city’s first professional sports franchise, the Vegas Golden Knights.

BSM offers its condolences to Mark’s family and friends, including his girlfriend Chrissy Paradis, who is a columnist for our website. 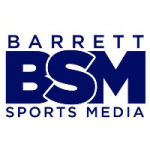