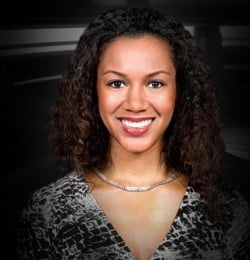 Said Koppett: “We’re excited to add such a talented new voice to our broadcasts. We believe Warriors fans will appreciate Ros’s deep knowledge, experience, and her great enthusiasm for the game.”

Stated Gold-Onwude: “I am overjoyed to join Comcast SportsNet’s Warriors broadcast team and to share the insight and unique perspective on the game that I have gained through my experiences as a player and broadcaster.  I look forward to presenting in-depth, entertaining coverage of the Warriors to the many passionate fans in the Bay Area.”

Gold-Onwude will continue to serve as a color commentator for NCAA and WNBA basketball on ESPN, Pac-12 Networks and MSG Network and for the Warriors’ D-League affiliate in Santa Cruz.  Since graduating from Stanford in 2010, Gold-Onwude has also contributed coverage to Fox Sports, the San Francisco 49ers and Stanford Athletics.

Gold-Onwude replaces Ric Bucher, who will be focusing on his local and national roles as a radio talk show host and NBA insider.  Koppett added, “We want to thank Ric for his strong contributions over the past two seasons.”

As a member of the Stanford women’s basketball team from 2005-2010, Gold-Onwude played in three Final Fours, two national championships and won four Pac-10 Championships as a starting guard.  She was named the 2010 Pac-10 Co-Defensive Player of the Year and ended her Stanford career as the school’s all-time leader in games played.  In addition to her collegiate playing career, she was selected as a member of the Nigerian national basketball team, which advanced to the semi-finals in the Fiba-Africa Olympic Qualifier tournament.   A native of Queens, NY, Gold-Onwude earned a bachelor’s degree in Communications, followed by a master’s degree in Sociology of Organizations, Business, and the Economy, both from Stanford.