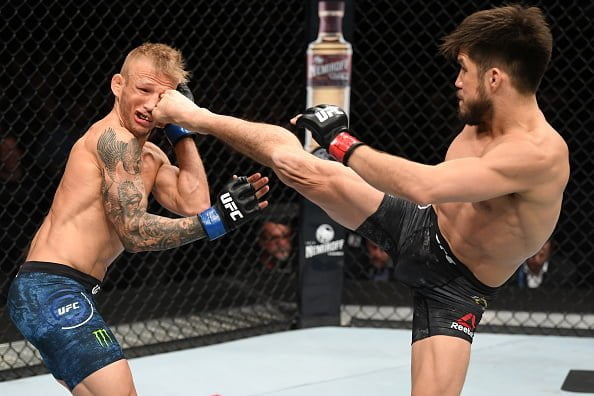 Saturday night saw the first UFC event to air on EXPN+ as part of the two companies’ five year agreement. ESPN couldn’t be happier with the results. It was a success for both their television and digital platforms.

The catch-weight bout between flyweight champ Henry Cejudo and bantam weight champ TJ Dillashaw drove a lot of traffic to ESPN+ and even spurred an uptick in subscriptions. Over Friday and Saturday of last week, ESPN+ gained 568,000 subscribers. More than 525,000 signed up on Saturday alone! It will be interesting to see in the coming days how many of those free trials turn into paying customers.

ESPN and ESPN Deportes hosted the preliminary matches on Saturday night’s card. Those broadcasts drew a 1.4 rating. That makes Saturday the highest rated UFC undercard on cable since 2013.

Kevin Mayer, The Walt Disney Company’s Chairman of Direct-To-Consumer and International called the night “a great start” to the five year agreement between ESPN and the UFC. “It was a milestone evening, with the success driven by outstanding joint efforts from the teams at DTCI and ESPN.”

Under the agreement, ESPN will offer a lot of UFC coverage each year. This was the first of 20 UFC events that will air on ESPN+ in 2019. The same number of cards will air on the service every year through 2023. 10 events per year over that same span will air on ESPN. The network will also have exclusive rights to UFC pay-per-view preliminary matches. 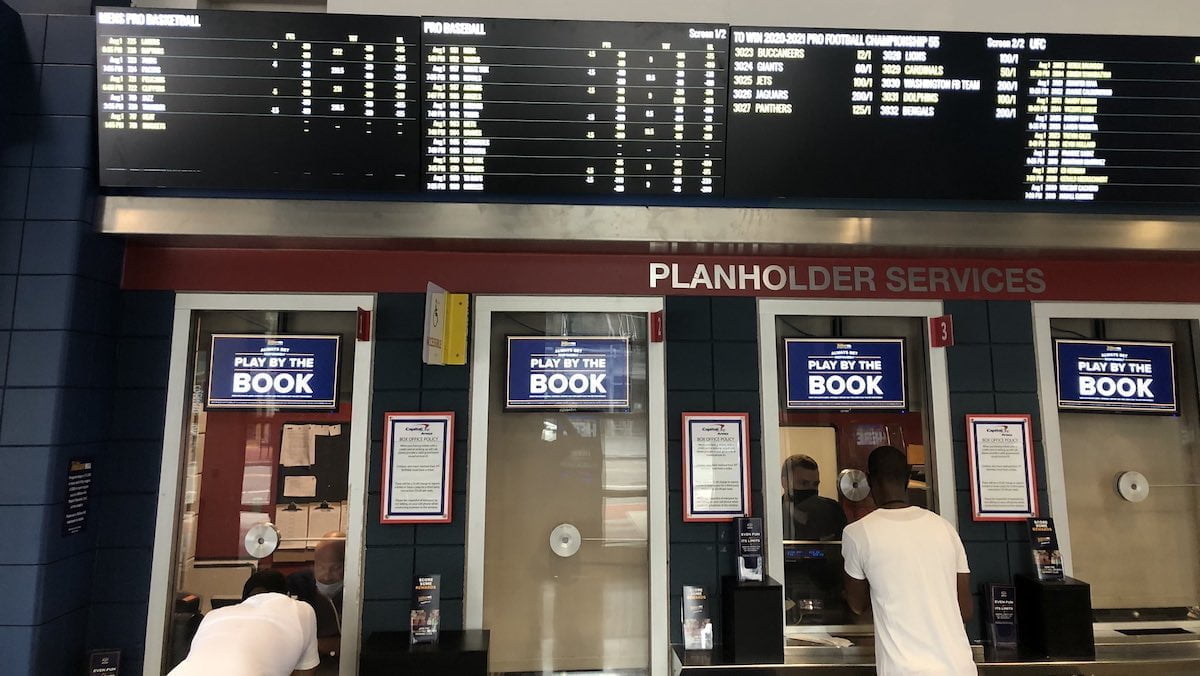 Business is booming for sports betting in New Jersey. The garden state reported a $1.3 billion October handle on Thursday. That marks a 30% monthly increase from September and showcases the impact football season has on bettors.

The numbers show bettors avoided brick-and-mortar sportsbooks. 90% of wagers were placed online, showcasing people’s willingness to bet on their phones and computers. Bettors prefer not to get in their car and drive to a sportsbook if they don’t have to.

“Atlantic City has effectively extended its momentum from the summer into the fall season,” James Plousis, chairman of the New Jersey Casino Control Commission, told Bloomberg. “Five casino-hotels surpassed their brick and mortar results from October 2019 and the other four were within striking distance. All of the operators have the tools that are needed to successfully compete in this market.”

Revenue for the books is up 44% compared to last year ($84 million in 2021). Over half of that revenue was generated at the Meadowlands Racetrack. The location brought in $44 million for the month, eclipsing Freehold Raceway (a shade under $7 million) and Monmouth Park ($4.5 million).

“Sports betting has swelled with the start of the NFL season, and realized another month of over $1 billion in handle,” Jane Bokunewicz, director of the Lloyd Levenson Institute at Stockton University—which studies Atlantic City’s gambling industry—said to Bloomberg. “October 2021’s record sports wagering handle proves that September was not a flash in the pan, but rather the first sign of a new level of sports betting participation, at least during the NFL season.”

The fact that New Jersey is flocking to sports betting in full force isn’t shocking, considering they were the state attached to the 2018 Supreme Court case that legalized sports betting nationwide. The NFL has been nothing but fuel to the fire. Before the season, The American Gaming Association projected that a record 45.2 million Americans would wager on an NFL game in 2021.

Michelle Beadle: LeBron James Tried To Get ESPN To Fire Me

“Now it will always be personal with him.” 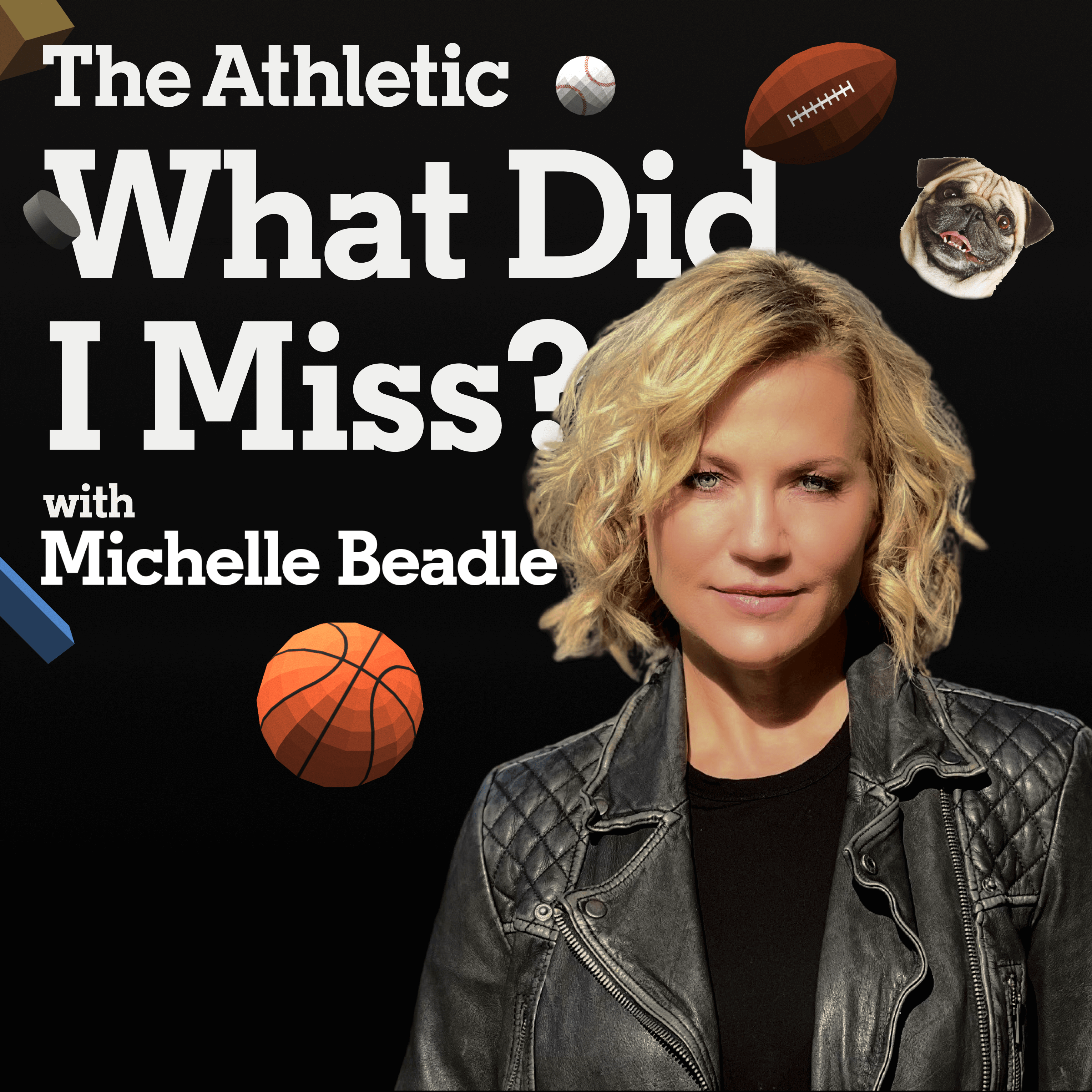 Michelle Beadle’s podcast What Did I Miss launched this week through The Athletic. She had on a guest on Friday’s episode who is not afraid to speak his mind.

Paul Pierce joined Beadle to discuss their time at ESPN. He revealed some very interesting news regarding both of their departures from the network.

“I kinda went out with a bang,” said Pierce jokingly. Pierce was let go from the company following an Instagram live went viral with him partying with strippers and alcohol.

“At the end of the day Beadle, I was tired of it anyways truthfully. I have nothing against them, but I was getting bored there. Stuff was changing all the time and it just wasn’t the same feel when we were doing it.” said Pierce on his departure.

Pierce then brought up that LeBron James was actually behind Michelle Beadle’s departure from ESPN, which Beadle confirmed saying James did reportedly try to get her fired.

“He tried,” said Beadle, responding to Pierce bringing up the rumor. “He did try to do that. I was like, ‘Wow, I’m honored that I’m even on your mind. Thank you very much. That’s a weird place for me to be.’”

“My stuff with him started out not personal with him (Lebron). I made fun of ‘the decision’ like 400,000 other talking heads did at the time and for some reason that was it. Now it will always be personal with him but it is what it is. I am very comfortable with not liking people,” said Beadle on her beef with LeBron James.

“Various women took to social media to discourage people from sharing the video in an effort to protect the victim.” 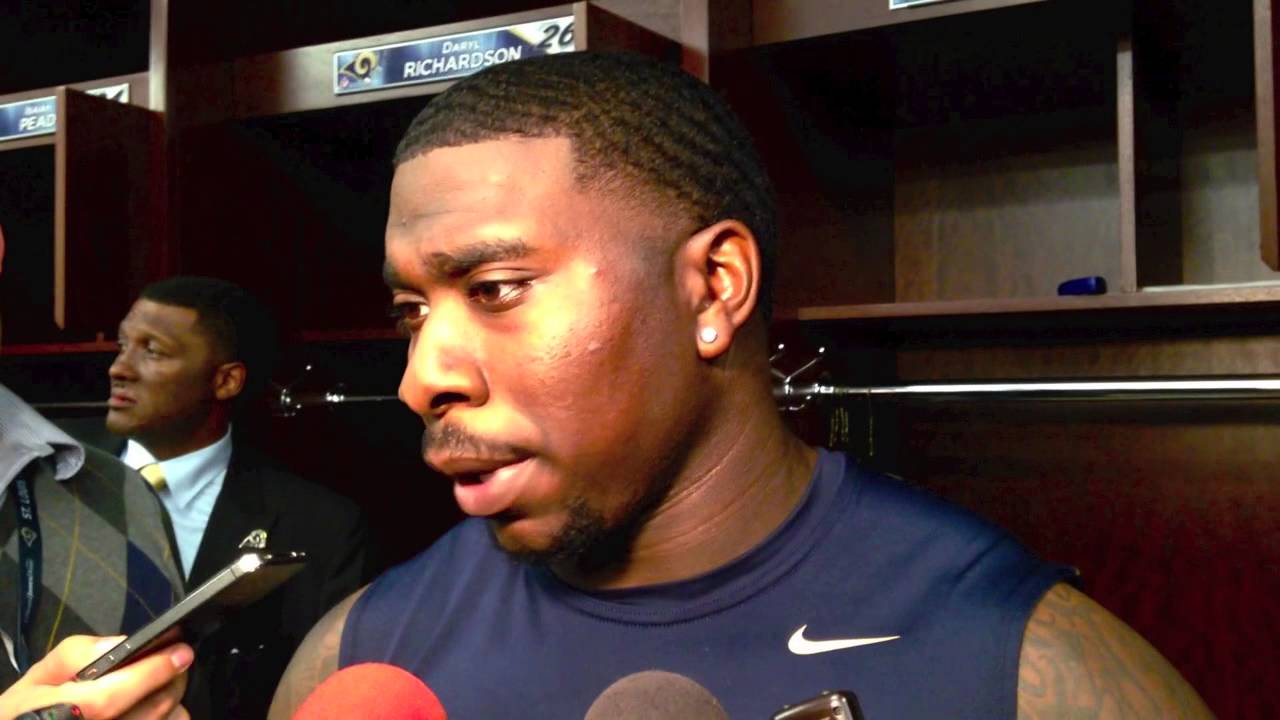 A few women in sports media are asking that people not share the horrifying video involving former NFL player Zac Stacy. The video explicitly shows the running back assaulting his ex-girlfriend in front of their infant son.

TMZ reports that the assault took place this past Saturday and that the woman has since filed a restraining order against Stacy for her and her son.

“He punched me several times in the head! I begged him to stop because the baby was on the couch just a few feet from where he punched me,” the woman wrote in the restraining order application. “He then picked me up and threw me into my TV. The TV began to fall and he turned to make sure I wasn’t getting up. As I laid on the floor he began to yell at me, telling me I’m destructive. He then picked me up off the floor and off my feet and body slammed me into our son’s bouncy seat.”

Stacy’s attorneys did not respond to TMZ’s comment request. The woman said Stacy told their son he loved them after the assault and immediately left.

Various women took to social media to discourage people from sharing the video in an effort to protect the victim.

“Difficult being on Twitter today,” Bleacher Report’s Taylor Rooks tweeted. “Please don’t share or retweet the Zac Stacy video. His actions are horrifying, inexcusable, and triggering for so many women. Domestic violence is never okay. The video is so disturbing – he deserves the worst of what comes.”

Meanwhile, Fox Sports personality Joy Taylor believes it’s “ok” to share the video for people who haven’t been exposed to these horrors before.

Florida police are currently searching for Stacy, who they believe fled the state in wake of the attack.

If you or anyone you know is a survivor of domestic violence and needs help, click here for information from the Urban Resource Institute.