I’ve had some good questions thrown my way recently, so I thought I would share the answers with you:

What are good tips to minimize distractions when in the office?

A couple of things come to mind.  First off, I’m a big believer in scheduling as much as possible.  Phone time, paperwork and copy time, servicing time, etc.  If I schedule it, I’m more likely to stay on task and get it done.

Personally, I couldn’t sit at a cubicle and make calls.  I’d need a quiet room, if at all possible, so that I could stand, walk around, toss a ball against the wall, anything to make me more relaxed.  This would also limit distractions since I would be away from my area and nobody can suck me in to a time-wasting conversation.

Lastly, many years ago a sales manager suggested everyone pick things they wanted, like cars and boats and big houses, and print pictures to put up in the cubes.  The idea was that when there were distractions or when there was time when you just didn’t feel like doing what you’re supposed to be doing, you would see these items and stay on track.

What advice would you give an older seller who is having trouble grasping digital?

Fair question, as let’s face it, some people in our industry have been doing this for some time, are great at selling radio, but just don’t get the new technology.  Unfortunately, this leaves too much money on the table, so these sellers have to know the basics, so we at least get a swing at it (and we know the TV and newspaper sellers are chomping at the bit to go get it).

I believe the best thing any seller can do when it comes to digital, at first, is to take it one product at a time and draw a comparison to something that makes more sense.  For example, if it’s targeted display advertising, you can compare it to billboards, except the billboard is only seen by people you want it to be seen by.  You can also look at re-targeting and compare it to someone walking in a store for a short period of time but something in life distracted them away from the store abruptly.  However, before they left, something was attached to their shoulder that popped out every now and then and reminded the person they were recently interested in whatever product they looked at in the store.

What lesson do you think media sellers seem to always learn the hard way?

Easy answer – hold on to clients like they’re gold, because they are.

I don’t think selling today is any harder than it was twenty years ago, but I do think that retaining clients is significantly harder than it used to be.  There’s a lot more competition today than ever before, which means a lot more people in your client’s ears “picking at the wound.”

Consider this from a recent Inside Radio article about a webinar hosted by Borrell Associates, “Borrell Webinar: 90% of Advertisers Now Bundle Traditional With Digital”:

“Meanwhile in the past three years, advertisers have increased buying different types of media, from 5.5 types of media to 8—although with that, they have decreased the number of companies they buy, from 5 to 3.5.”

You may think your relationship with your client is rock solid, however, your clients are basically cutting out two of the companies they currently buy media from.  What are you doing to make sure one of them is not you?

If the answer is “I don’t know” or “Good question” you really need to think about a plan that allows for you to strengthen the relationship with the decision maker and bind your stations and their business together as much as possible. 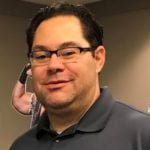 Dave Greene is a former sales columnist for BSM. He works as a General Sales Manager for Audacy St. Louis. He can be reached by email at DGreene@Audacy.com or find him on Twitter @DaveGreene34.

You Have To Plan For A Successful Pregame Show

“Beyond its massive global fanbase, the Premier League offers NBC/Peacock a unique modern 21st-century sport for the short attention span of fans.”

NBC Sports is facing some tough, costly decisions that will define its sports brand for the rest of this decade.  A chance to connect with viewers in a changing climate and grow Peacock’s audience as well.  However, making the right choice is paramount to not losing to apps like Paramount+ (pun intended).

NBC is currently in the business of negotiating to continue airing the Premier League as their current deal ends after this 2021-2022 season.  NASCAR is contracted to NBC (and FOX) through the 2024 season.

NBC’s tentpole sports are the NFL and the Olympics.

Negotiations for the EPL are expected to go down to the wire. Rather than re-up with NBC, the league is meeting with other networks to drive up the price. NBC has to then make a decision if the rights go north of $2 billion.

Should NBC spend that much on a sport that is not played in the United States? It’s not my money, but that sport continues to grow in the US.

If NBC re-ups with the Premier League, will that leave any coins in the cupboard to re-up with NASCAR? Comcast CEO Brian Roberts hinted that there might be some penny pinching as the prices continue to soar. This may have been one of the reasons that NBC did not fight to keep the National Hockey League, whose rights will be with Disney and WarnerMedia through ESPN and TNT, respectively.

Roberts was speaking virtually at the recent Goldman Sachs 30th Annual Communacopia Conference. He told the audience that between NBC and European network Sky, that Comcast has allocated approximately $20 billion towards these sports properties.

Comcast CFO Michael Cavanagh spoke virtually at the Bank of America Securities 2021 Media, Communications and Entertainment Conference and echoed that the company is in a good position to make some strong choices in the sports realm.

“The bar is really high for us to pursue outright acquisitions of any material size,” Cavanagh added. “We got a great hand to play with what we have.”

While the European investments involve a partnership with American rival Viacom, the US market seems to have apparent limits.

Last Saturday’s NASCAR Cup Series at Bristol Motor Speedway was seen by around 2.19 million people. It was the most-watched motorsports event of the weekend. That same week eight different Premier League matches saw over 1 million viewers. More than half of those matches were on subscription-based Peacock.

Beyond its massive global fanbase, the Premier League offers NBC/Peacock a unique modern 21st-century sport for the short attention span of fans. A game of typical soccer fan is used to a sport that is less than two hours long. The investment in a team is one or two games a week.

My connection to the Premier League began before the pandemic.  When I cut the cord in late 2017, I purchase Apple TV.  Setting it up, it asks you to name your favorite teams.  After clicking on the Syracuse Orange and the New Jersey Devils, I recalled that my wife has family based in London, England.  They are season ticket holders for Arsenal, and that family redefined the word “die-hard” fans.

I’ve long been a believer that sports allegiances are best when handed down by family. I love hearing stories of people loving the New York Giants because their parents liked them, and they pass it down to their children.

I’ve successfully given my allegiance to the Devils to my young daughters.

By telling Apple TV that I liked Arsenal, I get alerts from three different apps when the “Gunners” are playing. The $4.99 is totally worth it to see Arsenal.

Whenever I told this story, I was amazed to see how many other American sports fans had a Premier League team. Students of mine at Seton Hall University rooted for Tottenham Hotspurs, while an old colleague cheers on Chelsea.

This is not meant to say that NBC should sign the EPL on my account. The key for any US-based soccer fan is that between Bundesliga, Serie A, and other leagues, there will be no shortage of soccer available on both linear television and streaming services.

Besides, Dani Rojas did say that “Football is life.”  NBC, originator of the Ted Lasso character, should make keeping its Premier League US connection a priority.

Today, Demetri is joined by Tyler McComas and Russ Heltman. Tyler pops on to talk about the big start to the college football season on TV. Russ talks about Barstool’s upfront presentation and how the business community may not see any problems in working with the brand. Plus, Demetri is optimistic about FOX Sports Radio’s new morning show.

“Using sports radio as a back page service for gambling will have a limited shelf life.”

For years sports radio stations pushed sports gambling advertisers to early Saturday and Sunday morning. The 1-800 ads, shouting, and false claims were seedy, and some stations wouldn’t even accept the business at 5 am on Sunday.

Now, with all but ten states ready to go all in on sports gambling, sports radio stations can’t get enough of that green. Demetri Ravanos wrote about the money cannon that sports gambling has become for stations. Well, what if you are in one of those ten states where it isn’t likely to ever be legal like California or Texas? Where is your pot of gold?

Or, let’s face it, the more gambling ads you run, the more risk you take on that the ads will not all work as you cannibalize the audience and chase other listeners away who ARE NOT online gambling service users and never will be. So, what about you? Where is your pot of gold?

Using sports radio as a back page service for gambling will have a limited shelf life. The gambling companies who commit significant money to get results will continue advertising and chase the others away. So, the future of sports radio needs to include other cash cows.

If it is evident to online sports gambling services that sports radio stations are a must-buy, who else should feel that way?  I looked at the Top 32 and eliminated the media companies. ESPN, MLB/NHL/NFL networks, and others aren’t spending cash on sports radio stations they don’t own in general. But Joseph A Bank clothing, Fidelity, and Hotwire should! Here’s your PICK-6 list I pulled together that’s hotter than sports gambling:

The sports card/NFT market is 32% hotter than the sports betting market for sports radio listeners. Everything on the PICK-6 is at least 100% more likely to purchase than an average 18+ Adult who doesn’t listen to sports radio. All listed are at or above indexing strength compared to sports betting. The individual companies I added are industry leaders. Bet on it! Email me for details. 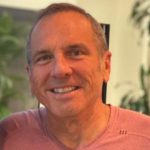