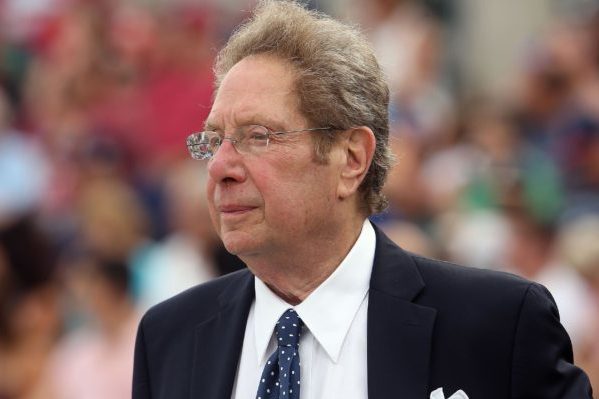 John Sterling was missing from Wednesday night’s radio broadcast of the Yankees’ visit to Baltimore. Instead, it was Rickie Ricardo, who usually handles the team’s Spanish radio call, was in the booth with Suzyn Waldman.

Andrew Marchand of The New York Post reports that the play-by-play man was feeling under the weather on Wednesday. He later tested negative for Covid-19.

“I should be back in the next day or two,” Sterling told Marchand, who reports that 82-year-old “sounded strong.”

Last July Sterling’s iron man streak of games called came to an end. He had called 5,058 consecutive games before taking some time off over the 4th of July weekend of that year saying that he felt under the window.

“Patrick has acted in multiple Sandler movies after sparking a friendship with the actor years ago.” 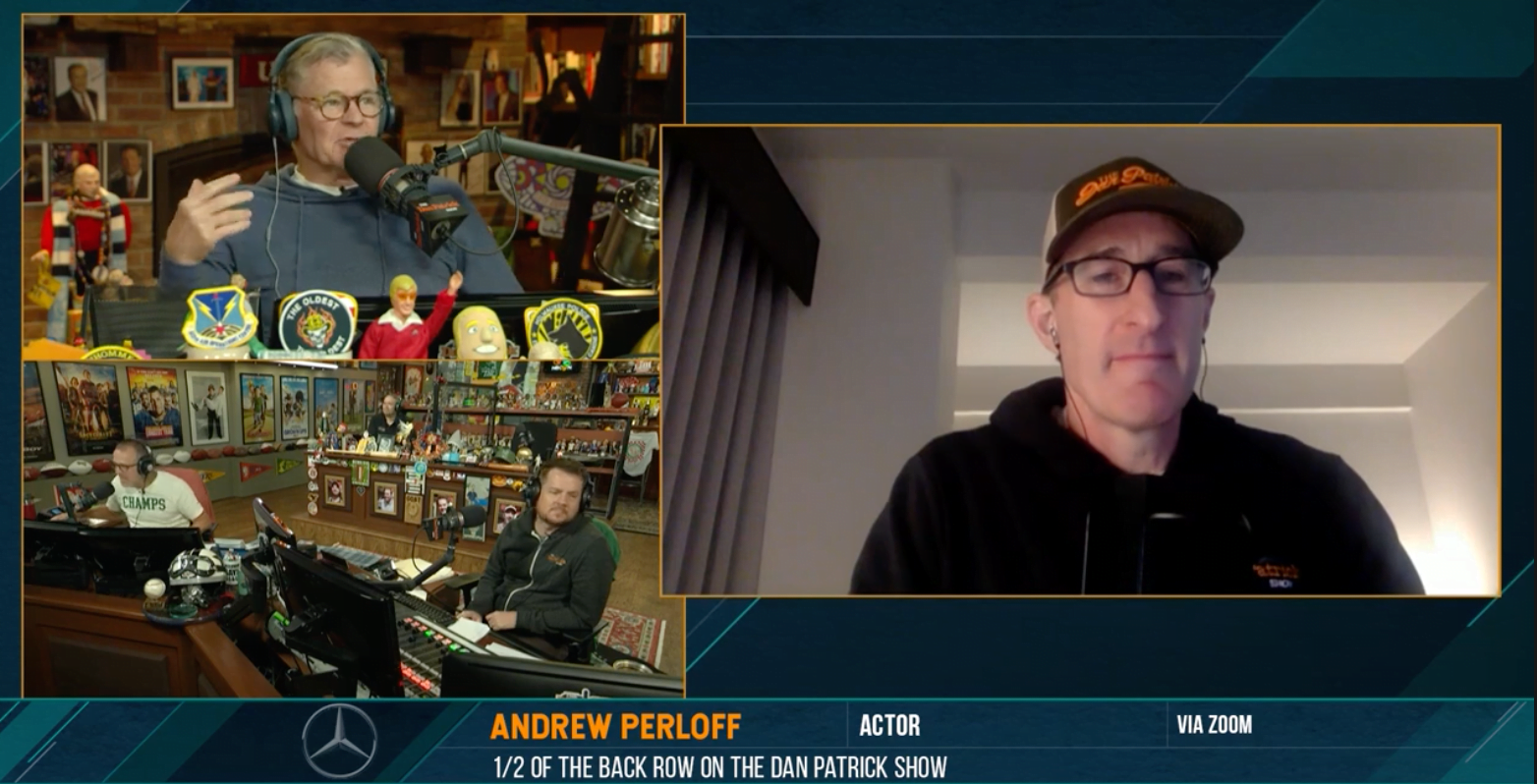 Adam Sandler’s friendship with Dan Patrick has had its perks for the “Danettes” including a role for one of them in Sandler’s upcoming basketball movie as a reporter.

Andrew “McLovin” Perloff is appearing in the Netflix movie Hustle. Sandler is the lead, playing a washed-up basketball agent trying to recruit an overseas player to his roster as a way to revitalize his reputation in the sport.

Patrick and the rest of the crew don’t love McLovin’s prospects as an actor based on their back and forth with him on Monday’s show. The host asked Perloff if he’d like to rehearse for him and the “Danettes.”

Perloff didn’t want to ruffle any feathers by saying the line, so he swapped out the name for Paul Crewe, the lead role Sandler played in The Longest Yard.

“So I changed the line up,” Perloff began. “I’m going to honor Paul Crewe from The Longest Yard… The line is ‘Coach Crewe, how do you feel about getting into the championship?'”

Dan and the “Danettes” weren’t very impressed with the delivery and had him run through it a few more times.

“Todd,” Patrick began asking Todd Fritz. “What do ya think.”

“It sounds a little like he’s reading off a cue card,” Fritz responded.

“Yeah,” Patrick “Seton” O’Connor said. “I think if he does it a couple more times, loosen up a little bit. You know, go back to your days as a pool reporter in the locker room, GOTTA GET A QUESTION IN!”

Patrick has acted in multiple Sandler movies after sparking a friendship with the actor years ago. He gave Perloff advice for when he says the line on set.

“I think it’s going to get worse and not get better because you go to the set, and you have Sandler there and a bunch of reporters,” Patrick said. “You can’t hear each word you say; because you don’t speak that way.”

Watch the full clip above.

Eli and Peyton Manning got their simulcast of Monday Night Football rolling on ESPN2 last week with guests like Charles Barkley and Russell Wilson.

Next up: Pat McAfee.

The radio host got the invite from Eli when the former Giants quarterback appeared on The Pat McAfee Show.

“Alright,” Manning responded. “I wanna know if you’ll come on the show tonight?”

McAfee and his whole crew let out roars throughout the studio before giving a resounding yes. The former Colts punter played eight seasons in the NFL before retiring to enter a media career in 2016.

“I’m just sitting here with bated breath thinking, ‘hey, maybe I’ll get invited to this thing,’ I’m so excited; can’t thank you guys enough. So excited to get in there,” McAfee responded.

The Mannings had the outsiders take ready to roll with Barkley last week along with some offensive acumen in Wilson and Kelce. Now, Pat McAfee gets to represent the third phase of the game and offer a special teams perspective.

“Me and [Shane] Lechler were texting each other about your guy’s lack of respect,” McAfee told Manning. “[Raiders punter] A.J. Cole hit like a 60-yard ball, and Peyton’s like, ‘alright, we gotta break.’ PEYTON, will you please have a little respect for the guy that just murdered a 60-yard ball?”

Manning brought up needing McAfee’s special teams expertise on the program. Citing the fact that the only time the forgotten phase comes up is if there is a penalty on the play.

The Manning MegaCast airs during week two of Monday Night Football on ESPN2.

“The opening in morning drive was created four months ago when Clay Travis announced he would move to another department of parent company, Premier Networks.” 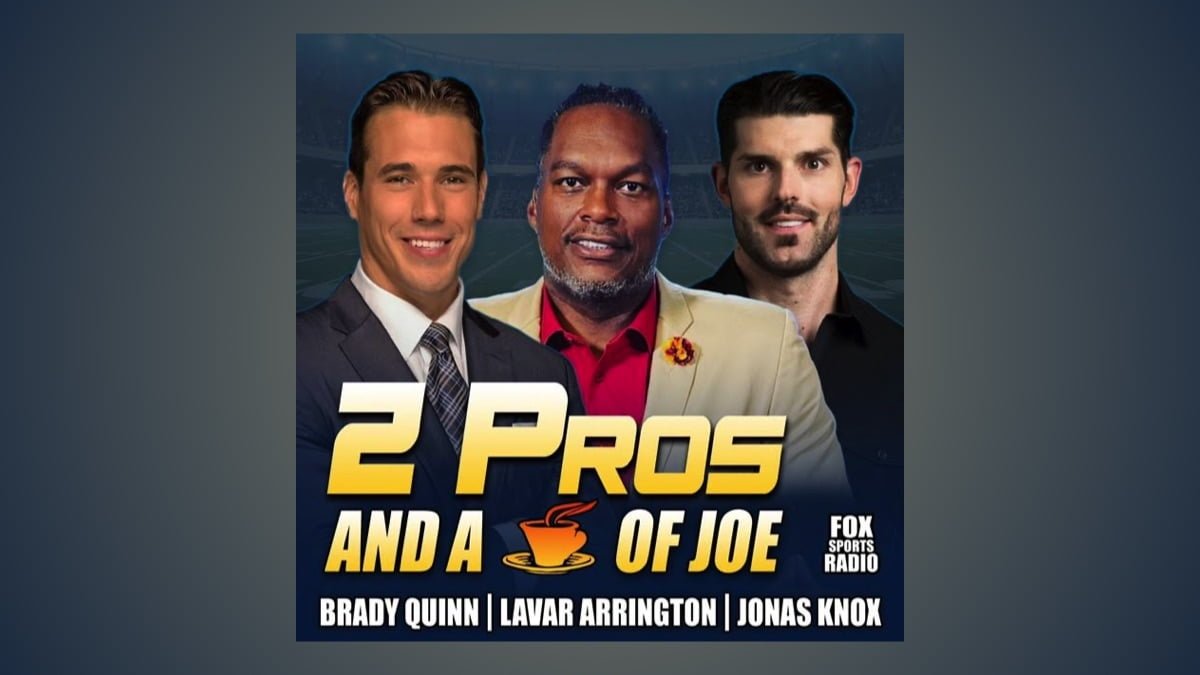 LaVarr Arrington is joining Brady Quinn and Jonas Knox in morning drive on FOX Sports Radio. The network announced today that 2 Pros and a Cup of Joe is the name of the trio’s new show, which will be heard every weekday. The show launches Monday on 350 stations across the country.

The opening in morning drive was created four months ago when Clay Travis announced he would move to another department of parent company, Premier Networks. He left FSR to join Buck Sexton in the time slot occupied by the late Rush Limbaugh.

“The FOX Sports Radio family was so proud when Clay Travis was chosen to team up with Buck Sexton to continue the tradition of excellence created by Rush Limbaugh,” Don Martin, Senior Vice President of Sports Programming for Premiere Networks, said in a press release. “At FSR, we make a commitment to each of our affiliates to deliver the best national sports lineup in the country, 24/7. Clay’s departure left a hole in our roster, but today, we proudly continue that commitment as we serve up a breakfast of champions with the launch of 2 Pros and a Cup of Joe.”

FOX Sports Radio didn’t have to look far to find its new morning men. Despite guesses and theories that included sports media professionals from all parts of the country at all levels of the business, 2 Pros and a Cup of Joe is made up of hosts that were already part of the network’s weekend lineup and had been serving as fill-in hosts for morning drive since May.

“Bolstering what’s already the best national sports talk lineup, we are injecting fun, personality, credibility, strong doses of caffeine, and thought-provoking conversation into morning-drive,” Scott Shapiro, Vice President of Programming for FOX Sports Radio, added. “After already getting rave reviews from the audience over the past couple months, we are fired up to have this dynamic trio start the day with a smile every morning!”

Arrington and Quinn will give the show a nice little national boost. The two will undoubtedly promote the show on FOX Sports’ television programs. Quinn is a part of FOX’s Big Noon Saturday while Arrington makes regular appearances on FS1.