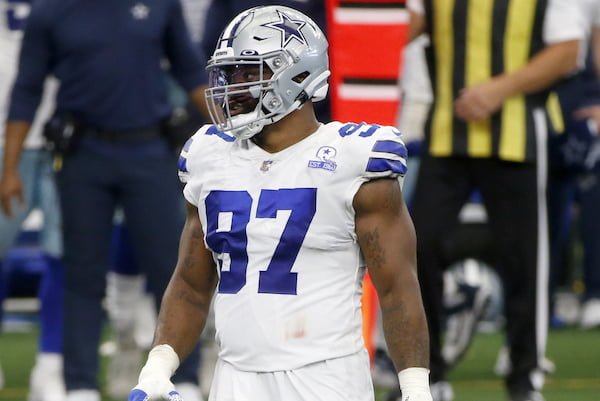 Maybe Everson Griffen didn’t enjoy being called out by 105.3 The Fan’s Jeff Cavanaugh, but one day later, the Cowboys defensive end all but admitted the radio host was right.

Cavanaugh, who co-hosts GBag Nation and watches game film regularly, tweeted Tuesday morning that the four-time Minnesota Vikings Pro Bowler hasn’t been good yet for the Cowboys. The key word being “yet,” signaling Griffen has room to improve and not necessarily that he believes the defensive end is washed up.

“Last year’s tape I thought you were stronger/more violent vs the run and had more juice rushing the passer,” Cavanaugh added. “Apologies if this comes off as an attack. Just watching tape of the game.”

Publicly, Griffen didn’t take the analysis well, firing off a few expletives Cavanaugh’s way, but privately, he must have recognized the radio host had a point. One day after telling Cavanaugh to “keep my name out your mouth,” Griffen told the media he’s going back to a three-point stance for the Cowboys upcoming game against Seattle.

As reporter Brianna Dix noted, Griffen said the stance is where he’s most comfortable and makes him more powerful with his hands and feet. On social media, Griffen ripped Cavanaugh for saying the DE looked stronger last year, with many others chiming in to note their belief that the radio host’s assessment was unfair after just two games.

But Griffen later announcing plans to change how he’ll rush the passer next week to draw more power, certainly validated Cavanaugh’s analysis as credible. If it works, Cowboys fans can thank Cavanaugh, and maybe the New York Jets can send some game film his way.

“Scott Hanson used a rough day for Justin Fields to remind those that had forgotten about McElroy’s pro career that he is technically in the NFL record books.” 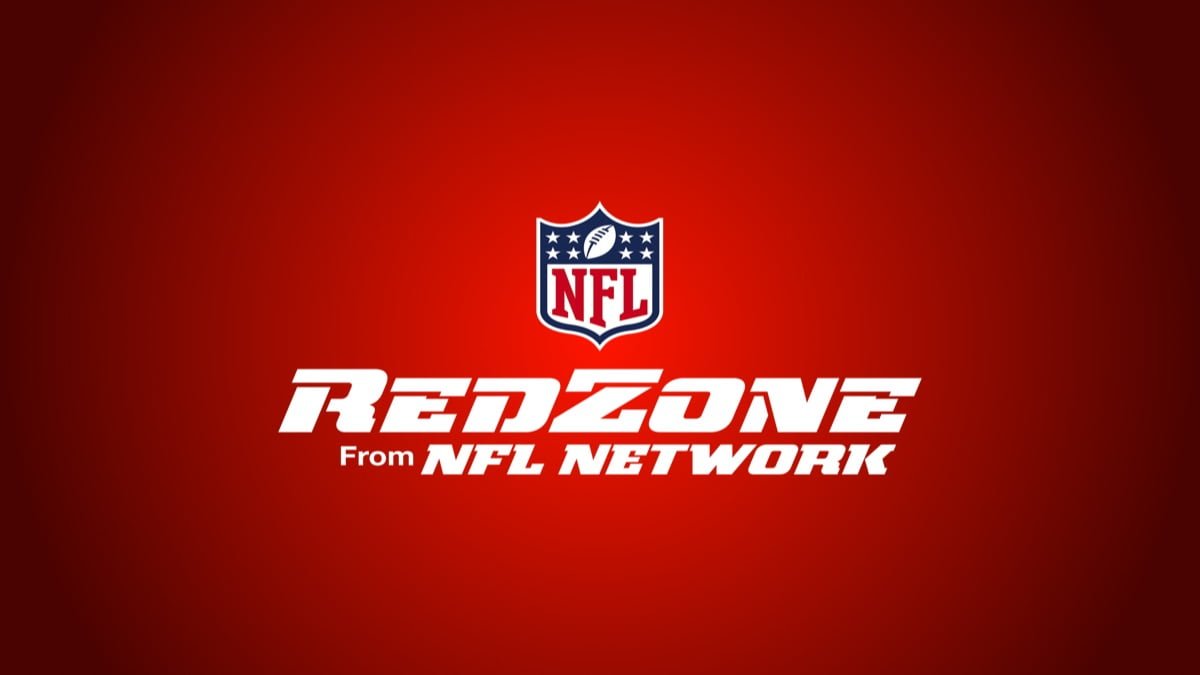 Media members are often friends with their colleagues that work at competing outlets. They are often fans of people that may be their direct competitors regardless of whether or not they have ever actually met. Sometimes, it is nice just to acknowledge that. Surely that was Scott Hanson’s thinking when he shouted out Greg McElroy on NFL RedZone on Sunday.

McElroy was a seventh round selection of the New York Jets in 2011 after winning a national championship as a quarterback at the University of Alabama. He played two seasons in the NFL, including one start during the 2012 season. Now he calls college games for ESPN and ABC on Saturdays.

Scott Hanson used a rough day for Justin Fields to remind those that had forgotten about McElroy’s pro career that he is technically in the NFL record books.

“Shout out Greg McElroy, if you’re watching. Love your work on television. Loved you in college as well,” said Hanson before lowering the boom with a stat McElroy would probably prefer history forget. “But Greg McElroy, in his rookie NFL debut, got sacked 11 times. That’s the all-time NFL quote unquote record.”

The Bears worked hard to get that record for their rookie quarterback but came up short. Chicago gave up 8 sacks to the Browns in Justin Fields’ debut as an NFL starter.

There is nothing quite like a good radio partner. That is where Cole Cubelic comes in. He co-hosts McElroy and Cubelic in the Morning on WJOX in Birmingham and caught the shoutout and wanted to make sure his audience did too.

Craig Carton: Giancarlo Stanton Was Trolling Me In Yankees Win

“It was a calculated move to rock the sweatshirt and I love it.” 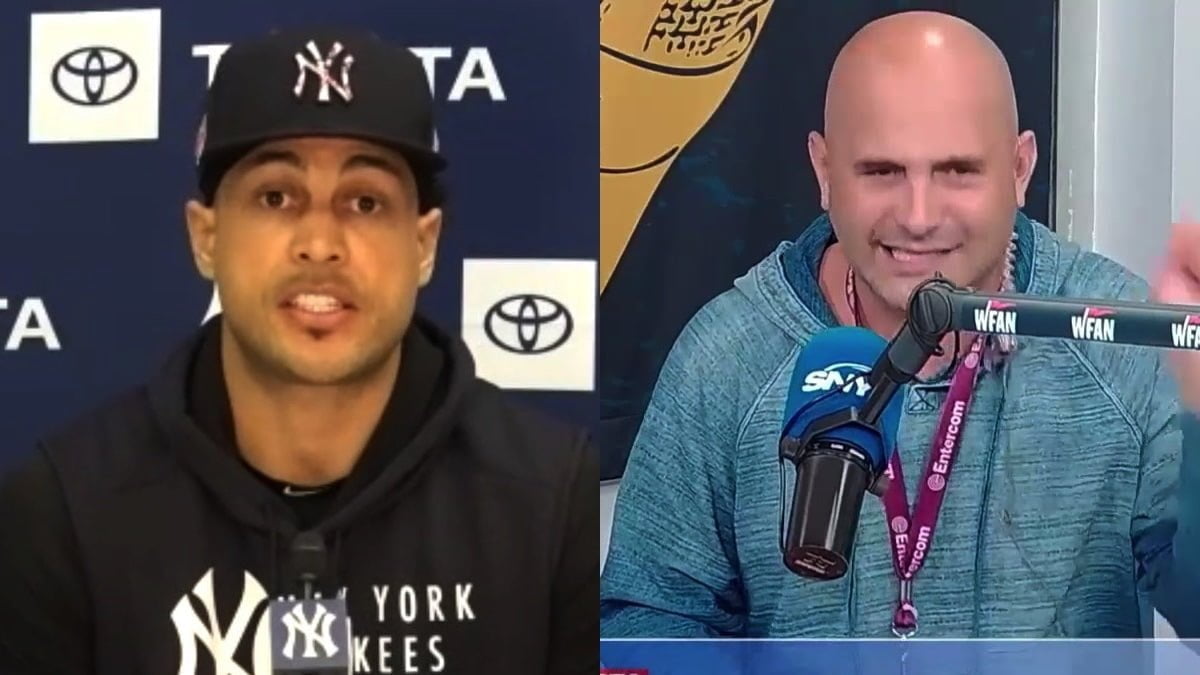 The New York Yankees completed a three-game sweep of the Boston Red Sox over the weekend. The wins put the Yankees on top of the wild card standings and suddenly, the team is in position to host the one game playoff rather than just barely sneak into the postseason.

Giancarlo Stanton may not deserve all of the credit for the three wins, but he did go 7-12 over the weekend with 3 home runs and 7 RBI. Craig Carton was happy to give the power hitting DH credit on Monday, but he wanted a little credit of his own.

“I find out afterwards yesterday that there was a little ode to the Carton & Roberts show at Fenway Park,” he told on air partner Evan Roberts.

Over the summer, Carton accused Stanton of quitting on the New York Yankees after Stanton was spotted in the dugout in a sweatshirt. That same sweatshirt made an appearance on Sunday night after Stanton’s two-run home run in the eighth inning.

“Someone else said ‘Put the sweatshirt on. That will shut him up,’” Carton said in reference to himself.

Carton isn’t taking it personally. He said that he is happy to be in any way associated with the New York Yankees turning around what was once seen as a disappointing season. If shoving success in his face is what motivates Stanton, Carton is all for it.

“It was a calculated move to rock the sweatshirt and I love it.”

WCCO Brings Back The Sports Huddle

“The Minnesota sports-focused show returns after previously being hosted by the late Sid Hartman and Dave Mona for over 40 years.”

Audacy announced it is bringing The Sports Huddle back to 830 WCCO in Minneapolis, MN. The show returns on Sunday, Oct. 10, and is airing from 10 a.m. to 12 p.m CT on WCCO with hosts Mike Max and Pete Najarian.

The Minnesota sports-focused show returns after previously being hosted by the late Sid Hartman and Dave Mona for over 40 years. The new crew is bringing their flair to the Minnesota sports scene with big-name interviews and listener interaction.

“We’ve been discussing for a while a show that ‘reboots’ the heritage and equity of the old Sports Huddle while exhibiting a new energy and more expansive template for Pete and Mike to talk about all the various topics they’re passionate about,” said Brad Lane, Brand Manager, 830 WCCO. “We’re confident this new edition will help take this legacy brand to the next level while offering a unique and fresh outlook on the most relevant topics each week.”

Max has been with the station since 1998 and currently hosts his weeknight show Sports to the Max. He also contributes to The WCCO Morning News and started his career as an intern at WCCO-TV.

“Pete and I can’t wait to continue bringing what we grew up with to our audience,” said Max. “Sundays on WCCO have always meant entertaining and exclusive content.”

His athletic co-host, Najarian, played football at the University of Minnesota and was inducted into the program’s Hall of Fame in 1992. Najarian ended his career as Minnesota’s second-leading tackler and parlayed that on-field success into an off-field financial career.

“This show will offer listeners a fresh look at sports with straightforward comments and takes,” said Najarian. “We may even mix in some financials when it’s appropriate.”

A new era for The Sports Huddle begins in about two weeks.