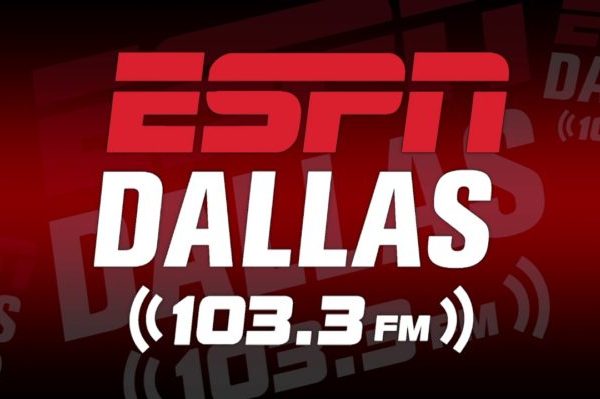 Back in August, Barrett Sports Media was first to report that Cumulus would be giving up with LMA with ESPN to run daily operations of ESPN 103.3 in Dallas. The station will revert back to Disney’s control on Wednesday of this week.

Chuck Cooperstein, who has been part of the 103.3 family since that station launched in 2001 said that he was initially planning to wait until Wednesday to say anything. The station began running promos about local programming coming to an end this week, so he took to Facebook to react.

He sung the praises of several past colleagues, particularly the station’s first program director Scott Masteller, calling him a programming genius.

“No one worked harder at his job to help build the brand through both our shows and his masterful imaging of the Mavericks (Well before I was fortunate enough to become involved).”

Cooperstein also shared that since Cumulus first agreed to run the daily operations of 103.3, there has always been fear that local programming was on burrowed time. He holds out hope that another company will have an interest in running the station.

“Whether there will be daily local programming again remains to be seen. Will some company come in, as Cumulus did, to operate the station, while ESPN continues to own. Or will ESPN decide, at some point when the world calms down a bit, to locally operate as it did from 01-13?”

Matt McClearin also took to Facebook. He said that while local programming leaves 103.3, he and partner Jean-Jacques Taylor will keep their show JaM Session alive.

“We have launched a You Tube channel and a podcast to keep things going and I hope you will subscribe,” McClearin wrote. “You can find us wherever you listen to podcasts, just look for our logo! We will also be heard part time on the greatest radio station alive: Sports Radio 1310 and 96.7 The Ticket, mainly on weekends. In the meantime, if any of you have the inside word on a job with flexible hours, let me know, cause I gotta get paid somehow!”