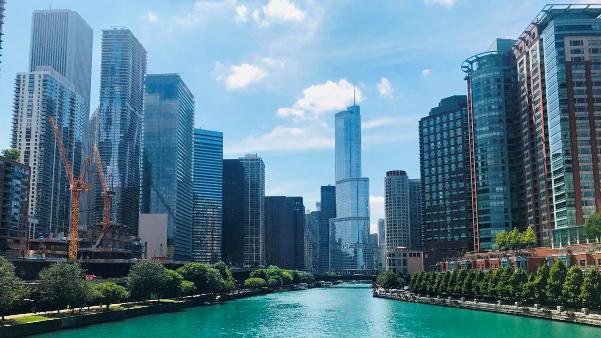 ESPN 1000 and 670 The Score are often involved in a close race for sports radio bragging rights in Chicago, and the summer book was no exception. The numbers for both brands were stable for the most part, but the return of sports and a few lineup changes have both brands optimistic about the future.

In mornings, ESPN 1000’s new duo featuring David Kaplan and Jonathan Hood are off to a strong start, topping their local sports radio competition since their August debut. For the full summer book, ESPN 1000 did a 3.5 share from 5 – 10a. Their new lineup, which began during the final month of the book features ESPN Radio’s national morning show Keyshawn, J-Will & Zubin from 5 – 7a, followed by Kaplan and Hood from 7 – 10a.

In comparison, 670 The Score trailed ESPN by almost a full point in the morning hours. From 5 – 7a, The Score earned a 2.7 share, and from 7 – 10a, they did a 2.5 while going up against ESPN 1000’s first local morning show in decades. During those hours, The Score features Mully & Haugh from 5 – 9a, and the first hour of Dan Bernstein’s midday show.

From 10a – noon, ESPN 1000 finished ninth with a 3.5 share. The first two months of the book still featured Kap & Company in the late morning timeslot, but the station’s new lineup saw Carmen & Jurko move to the 10a – noon block as of Aug. 17. The Score, which airs The Dan Bernstein Show during the 10a – noon hours, earned a 2.3 share.

The Score’s highest rated daypart during the summer quarter came in the noon – 2p hours, where Laurence Holmes has proven the ability to perform well with or without sports, earning a 3 share. ESPN 1000, which previously aired Carmen & Jurko in the noon – 2p hours and now features Mike Greenberg’s national show, did a 3.2 share for the summer book, narrowly beating Holmes.

Rounding out the weekday lineup, ESPN 1000’s afternoon duo of Tom Waddle and Marc Silverman finished tied for 13th with a 3.1 share, an increase of more than a full point from their spring performance. Even better than that was the recent news from Silvy, announcing last week that his cancer is in remission. Despite being diagnosed with the disease in April, Silvy continued to co-host ESPN 1000’s afternoon show in both the spring and summer books.

The Score meanwhile finished 16th from 2 – 6p as their afternoon show with Dan McNeil and Danny Parkins earned a 2.6 share, down half a point from the spring book. The Score has since fired longtime afternoon host Dan McNeil for an insensitive tweet, but that lineup change took place after the summer book was complete.

Another positive for The Score was their cume, which was higher than their competitor among daytime shows with Men 25-54. They also held head to head advantages with Men 18+.

The Score serves as the Chicago Cubs flagship radio station, signaling the importance of baseball radio rights in the market. The station also airs Chicago Bulls basketball, which could see improvement with Billy Donovan now in place as the team’s new head coach. ESPN 1000 on the other hand is reportedly close to a deal with the Chicago White Sox to begin airing their games starting with the 2021 MLB season. Adding Sox baseball may not help the station win the nighttime matchup, but it should make things closer.

Suzyn Waldman Says She Is ‘Tolerated, Not Accepted’ In Yankees Booth

There’s a new leader in Pittsburgh and Audacy did not have to look too far to find him. Kraig Riley has been promoted to brand manager of 93.7 The Fan.

Riley is a familiar face in the building and voice on the air. He has been with The Fan since its launch in 2010. He has served as producer of the station’s afternoon show The PM Team with Poni & Mueller. He also was the host of the station’s pre and postgame coverage of the Pittsburgh Pirates.

“As both KDKA and The Fan continue to evolve into full multi-platform operations serving our listeners in new ways every day it is clear that both stations need focused leadership,” Michael Spacciapolli, Senior Vice President and Market Manager of Audacy Pittsburgh, said in a press release. “The addition of Dave and promotion of Kraig will help us continue that evolution. There is an expectation of excellence at both stations from the city of Pittsburgh that I have no doubt Dave and Kraig will continue to build on every day.”