Pat McAfee is the living embodiment of an athlete betting on himself. McAfee, 29 at the time, prematurely retired from the NFL after a Pro Bowl season in 2016. Since then he has joined and left Barstool Sports, joined a stand-up comedy tour, and even grappled in the wrestling ring. Now he is best known as the host of The Pat McAfee Show, which has been distributed by both Westwood One and CBS Sports Radio since making its radio debut in 2019 and is now part of SiriusXM’s Mad Dog Sports Radio.

McAfee is joined 10 Questions With Kyle Brandt this week on The Ringer.

Brandt pressed McAfee on Monday Night Football. In the past, McAfee has mentioned that his dream is to be on that broadcast team.

“I’ve publicly gotten punked on that a couple times,” McAfee answered. “The first time it went up for grabs, I didn’t have a full-time job but my followers were like, ‘hey let’s go get this thing,’ and made some noise on the internet in my support. I got some messages from people that were like ’relax’…then they do Jason Witten, he goes back to football…and by that point I had a week 17 Lions/Packers game on tape and that game was trending for 5-6 hours… I thought since there was a little bit of experience now, let’s go get this thing, I think I could be good for the game…I got into the latest conversation but that got pushed aside…But at some point, I want to do it, hopefully.”

McAfee is something of a renaissance man and told Brandt stories about playing soccer, giving it up to pursue football, and a poker tournament that changed his life.

Brandt asked McAfee what his goals are for his wrestling career. The former punter has worked for both WWE and AEW. He explained that the sport has always had a huge impact on him and he will take whatever it offers.

“The Attitude era is where I lived…Monday Night Wars was awesome. If you listen to me on any given day, you can hear inspiration from The Rock, Stone Cold Steve Austin, HHH, a little bit of Flair…that whole era created me into the person I am…Attitude Era is not only my biggest inspiration when it comes to wrestling, but also when it comes to life…Now that I’ve gotten the chance to do it, the amount of work and buy in you have to have to be successful, it’s a lot…I’m not 100% sure I can do what’s needed to allow for a run to WrestleMania,” he said. 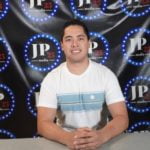