“Send it in!” “Big Fella!” “A little kiss!” Just some of the catch phrases shouted out by the silver haired basketball analyst Bill Raftery who has become entrenched as a voice of March Madness. His bookend “man-to-man” at the start of a broadcast and an “onions” at the end of one have become as beloved as that 15 seed who upsets a 2 seed in the tournament.

Raftery was a star high school basketball player at Saint Cecilia in Kearny, New Jersey, winning a state championship in his senior year. He left as the school’s all-time leading scorer with 2,192 points, a record that held up for 35 years. Raftery played collegiately at La Salle University, scoring a freshman record 370 points, followed by a team best 17.8 points per game his sophomore year. The Explorers made the NIT in his senior year. Raftery was selected in the 14th round of the 1963 NBA draft by the Knicks, but never played in the league.

Raftery began his coaching career in 1963 at Fairleigh Dickinson University, where he was the head basketball coach until 1968. He also coached golf and served as the associate athletic director. In 1970 he took over the Seton Hall program coaching them to a 154-141 record in his 11 seasons there. He took his team to the NIT in 1974 and 1977.

HIS ROAD TO THE FINAL FOUR BROADCASTS

Before the 1981-82 season, Big East commissioner Dave Gavitt told Raftery there was an opportunity to call league games at ESPN. It was already late October, and Raftery had two days to decide. He gave up his coaching job with the Pirates and started broadcasting. Raftery stayed at ESPN doing games through the 2012 season. Also, in that span he started to emerge as an analyst on CBS’s college hoops. In 1991 he started working as an analyst for Westwood One/CBS Radio’s coverage of the Final Four.

In 2015 Raftery was moved to the top announcing team, joining Grant Hill and Jim Nantz.  That was the first time he was able to call the Final Four on television and that team has been together ever since.

WHY IS HE SO GOOD?

There’s just an aura about this man. There is a passion and love for the sport of college basketball is evident every time he speaks, or shouts, or any combination of the two. Raftery is great because of how conversational he is, very easy going and he seemingly can adapt to any play-by-play guy he’s paired with. There is something inherently likeable about how easy going he is during a broadcast. Don’t mistake that nature for a lack of excitement in his calls. If you did, you’d be wrong. He sounds like that older guy who’s experienced a lot in the game, but still is a kid at heart when calling a game.

Yes, the man has catchphrases and sometimes he gets excitable when yelling them out, but he’s not over the top. He knows when to interject and when to lay back. In other words, he’s got some substance with his shtick. If you really listen, it’s not hard to tell that Raftery prepares for each and every broadcast. He knows what teams like to do in certain game situations, whether it be an inbounds play to get a good look, or a late-game situation or play. That’s only gleaned by attending practices or shootarounds and talking to the head coach and assistant coaches. He’ll keep a notepad near him with actual diagrams of those plays for better explaining purposes.

With very little to zero ego, Raftery doesn’t set out to be the star of the show. He’s worked well with a two-man crew and a three-man booth.

WHY HE’D BE FUN TO WORK WITH

His praises are sung by everyone he’s ever worked with.  “What you see on TV is what you get if you’re fortunate enough to be orbiting around Bill Raftery’s life,” Jim Nantz, who will call the Final Four and title game with Raftery and Grant Hill told the Athletic. “He exudes that love of life, that kindheartedness, that faith in people. It comes across on the air. You can’t fake that.”

Ian Eagle also spoke to the Athletic about Raftery, whom he worked with on Nets broadcasts and from time to time on NCAA game. “He’s a fountain of creativity,” Eagle says. “He also has an excellent sense of timing. Lots of people have tried to imitate his style, but nobody has matched it in all these years.” Eagle said.

When guys of the stature of Nantz and Eagle are touting a guy like that, it’s completely credible. Because truthfully, Raftery has every right to think very highly of himself but doesn’t. He seems incredibly easy to work with. The kind of partner that would say something like, “whatever you want, I’ll just follow your lead, but I’d like to take us to break from time to time.” By the way, I love when Raftery takes the lead on sending the broadcast to commercial. The “roll-out” as it’s called, features some highlights just before they hit the ads, he’s like a kid in a candy store when he’s able to do it.

He’s knowledgeable, easy going, vivacious and just seems to be having a great time – all the time. He is the kind of guy people like to talk to and meet.

It wouldn’t be March Madness without Raftery. The transition he made from working with Verne Lundquist and with the Nets, to the top team with CBS has been seamless. That’s because of his personality and sense of timing. The phrases he uses are entertaining and fun to hear, due to the way he uses them.  Raftery is that guy sitting at the end of the bar, talking alongside the game, while making sure everybody’s glasses are filled and stay that way.

Here’s to you Mr. Raftery, keep on doing what you do! 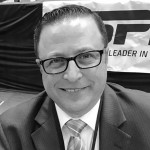