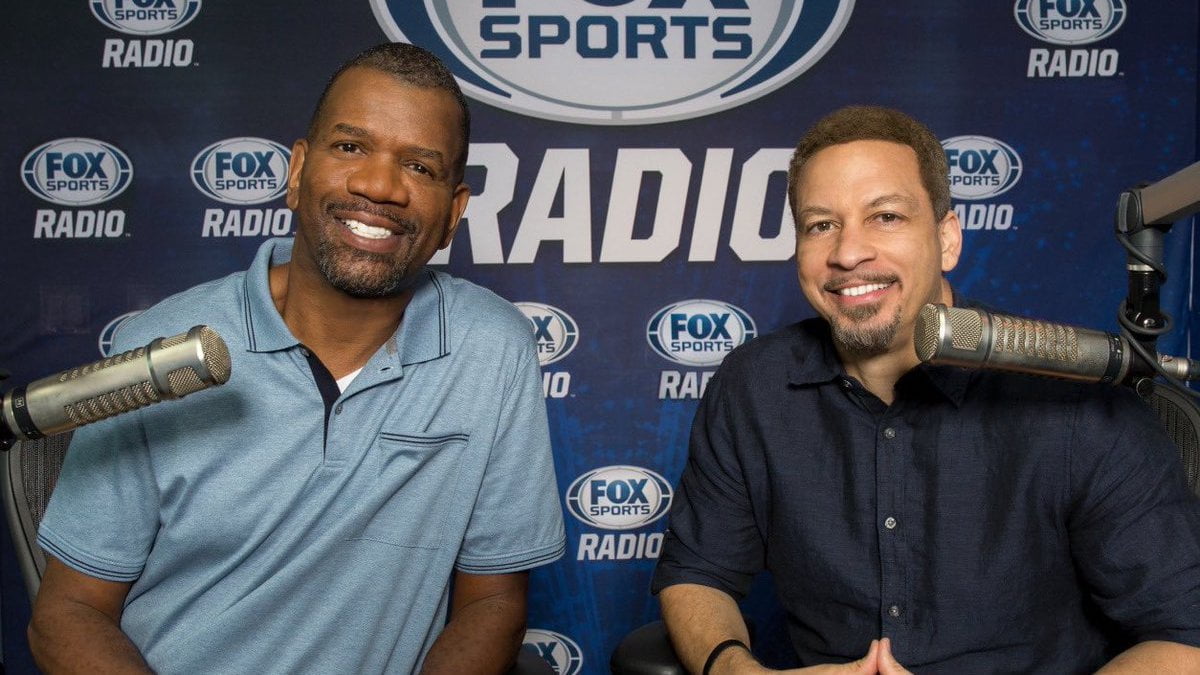 Tim Tebow did his best to dominate the news cycle last Thursday with what ultimately turned into the second biggest NFL story of the day. Aaron Rodgers’ tiff with the Green Bay Packers got all the headlines, but the Jacksonville Jaguars confirmed they have tried out Tebow at tight end.

The 33-year old getting another shot in the league drew Rob Parker’s ire on The Odd Couple with Chris Broussard and Rob Parker.

“I think it’s the ultimate ‘White Privilege.’ This guy has failed in the NFL – he can’t play,” Parker said on the show. “I know he played for Urban Meyer in college, I get that, but so have a lot of other people. Where is Chris Leak’s tryout at tight end?? This is typical.”

Tebow hasn’t played in the NFL since 2012 with the New York Jets. He appeared in 12 games that season, making two starts at QB. There is a connection with Jaguars head coach Urban Meyer. Tebow played at Florida under Meyer from 2006 through 2009, winning the Heisman Trophy in 2007.

“Why do people keep giving this guy chances when he doesn’t deserve it?? Josh Gordon got tryouts because he can play,” Parker said. “Guys bend over backwards for guys who can play. Tim Tebow couldn’t make a 15-yard pass consistently… Tim Tebow is a FAILURE on the pro level, Tim Tebow is a LOSER.”

Tebow pursued baseball with the Mets organization from 2016-19. He reached the Triple-A level but never got called up to The Show. The journey on the diamond ended this February when he retired from baseball.

Parker’s co-host wasn’t on board with the take.“STOP IT, this takes away from when there’s REAL racism. STOP IT, this is FOOLISHNESS. There is real ‘White Privilege’ and this isn’t it,” Broussard said. “I actually think the ultimate form of white privilege is when I’m watching the NFL Draft, and they go to the War Room, and I see eight or nine white guys in there and one brother, Maybe! That’s ‘White Privilege.'”

“Over and over again, the proof is there that people come back, and they come back in bigger numbers than they ever had before – and they spend more money, by the way.” 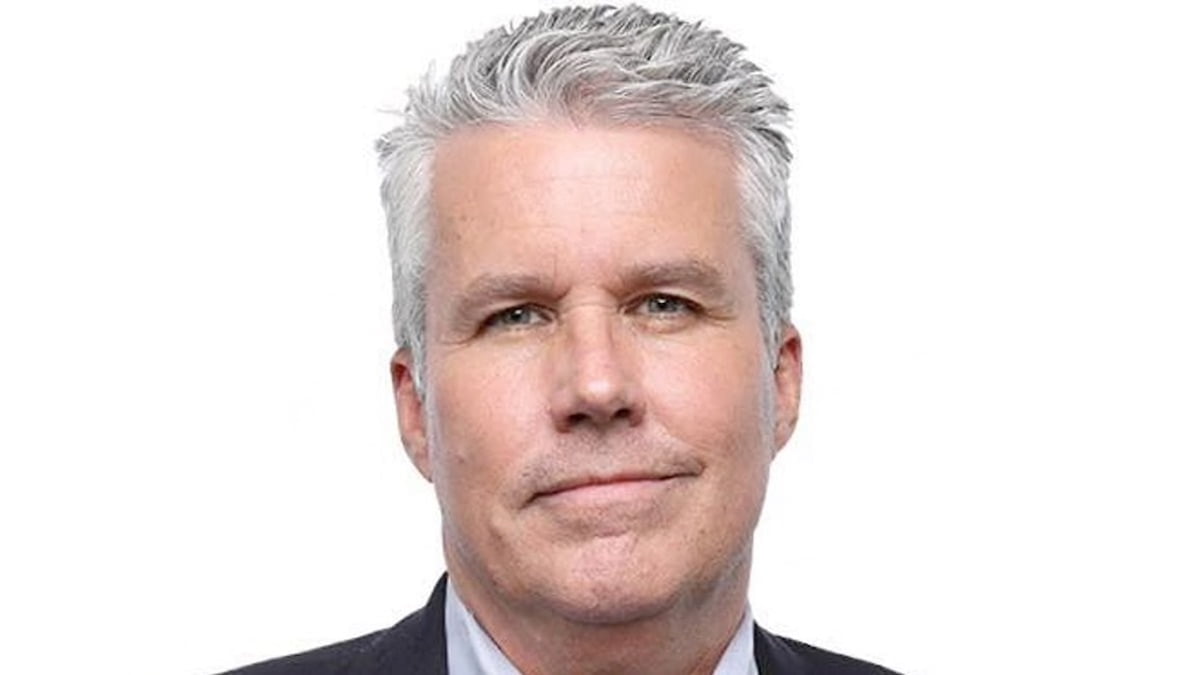 For the first time in 26 years, labor peace was disrupted between Major League Baseball and the MLB Players Association with the expiration of the Collective Bargaining Agreement. Prior to Wednesday, Major League Baseball had not seen a stoppage in normal business since the 1994-95 strike, which lasted 232 days and resulted in the cancelation of the remainder of that season, including the Postseason and the World Series. The last lockout occurred in 1990, and was resolved in a month’s time, avoiding the league having to cancel any regular season games.

Fast forward to December 2021. Baseball fans would certainly be justified in calling this past month a valid depiction of the state of the game. From the surface, it may seem oxymoronic that over $2.2 billion was spent in contract extensions and free agent signings over that time period, perhaps a verisimilitude for the league’s recovery after lost revenues due to the COVID-19 pandemic.

Some baseball fans, even those extremely passionate about the game, yearn for everything to be figured out, and the words “Play ball!” to be shouted at the ballpark again as scheduled this spring. Despite this work stoppage, “People will most definitely come [back]” to patronize America’s pastime, says John Kincade, the eponymous host of The John Kincade Show on 97.5 The Fanatic in Philadelphia. And if anyone says otherwise, he’ll be there to call them out on what he says is “The biggest lie ever told in sports radio.”

“Five times on this radio station [yesterday], I heard the biggest lie that’s ever told in sports radio,” said Kincade. “‘I’m done with this sport. I’m never watching again. I’m finished. This is the last straw.’ This is such the biggest load of crap, and it’s documented [and] proven over and over again… You’re lying. You know it. I know it. But nobody will call you on it. I will. You’re a fraud. You know you’re coming back. You talk a big game, but you always cave.”

A seasoned radio veteran who has hosted local and national shows around the country, Kincade has a wealth of experience talking about sports on the air. By virtue of that experience, he has also heard and responded to opinions from callers and other hosts that he knows are mendacious, not always by intent, and/or an overreaction. Therefore, he came prepared with facts to back up his claim, and prove why the fans will come back no matter how grotesque these negotiations might be portrayed by those with knowledge of the proceedings.

Some baseball fans are already preparing for a disappointing summer without the game, including co-host Bob Cooney. If the lockout stretches into the regular season, he admits that baseball will undoubtedly lose part of his fandom.

“I’m watching golf now because I really want to get into it, [and] because I’m anticipating baseball’s going to screw me come April, May, June, whatever,” expressed Cooney. “I don’t speak in… absolutes, but I’m sitting there saying: ‘If they’re going to do this, I’m really going to look for another form of entertainment in the summer.’ I really am.”

Jamie Lynch, who has been a staple of morning programming on 97.5 The Fanatic since 2015, was discontented with the 1994-95 strike since it happened in the midst of an ongoing season. He fears a similar outcome could befall young people this time around, especially if it drags on for an extended period of time.

“The [1994-95 strike] damaged me,” explained Lynch. “It changed me as a fan of the sport… I honestly couldn’t comprehend why grown men were saying ‘no’ to playing a game. There’s probably kids out there now that are going: ‘Wait. Why aren’t they playing?’”

Kincade hopes more on-air hosts, when they hear ‘the biggest lie in sports radio,’ will call the disseminators of that message out for the falsity inherent in that statement.

“I want to hear a host go, ‘You know you’re coming back. You’re full of it. You’re coming back…,’” said Kincade. “Over and over again, the proof is there that people come back, and they come back in bigger numbers than they ever had before – and they spend more money, by the way.”

“I’ve heard hosts do that,” said Pat Egan, co-host of the morning drive program in the “City of Brotherly Love,” “but it’s a very reactionary statement… When the games restart, and they always restart, eventually, you’re back. You’re watching – every time – because you’re a sports fan.”

Gray will be returning to a familiar station for her in CBS Sports radio, where she was a morning show host from 2013 to 2018. 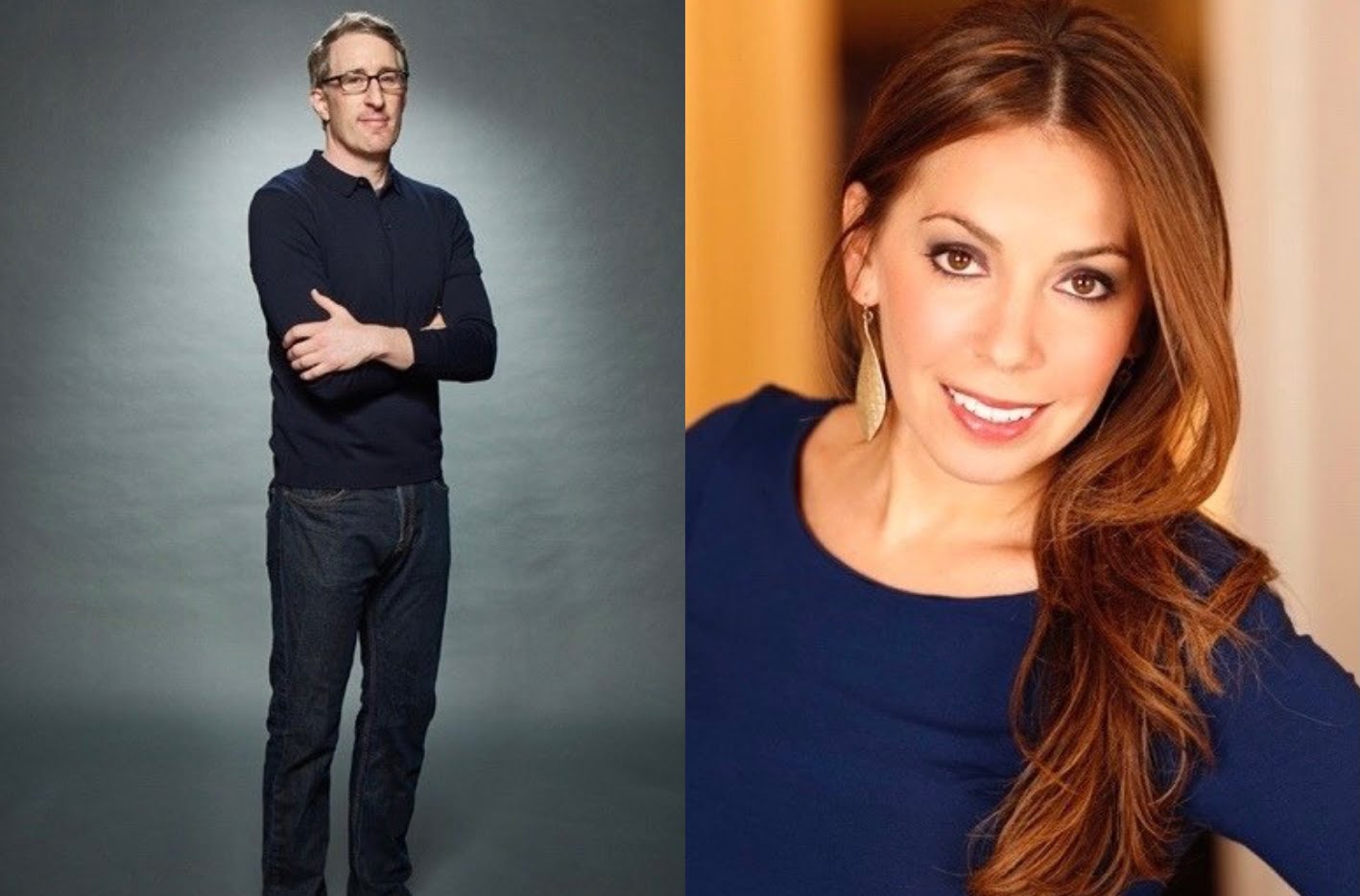 Yesterday we reported that WFAN’s midday show would soon be hosted by Tiki and Tierney. The CBS Sports Radio duo featuring Tiki Barber and Brandon Tierney will officially move into the time slot in January.

That raised questions about the future roles for Maggie Gray and Marc Malusis.

Today, we’ve learned what’s next, at least for Gray. Audacy has announced Gray will return to CBS Sports Radio, where she previously hosted shows prior to joining FAN.

Gray will become part of the afternoon show, replacing Tiki and Tierney, teaming up with Andrew Perloff. Perloff, better known to Dan Patrick Show listeners as McLovin’ will be heard on over 300 stations across the country, weekdays from 3:00 p.m. to 6:00 p.m. local time beginning January 3rd. Perloff had been with the DP Show since 2009. He had also hosted shows for NBC Sports Radio.

“We’re excited to grow Maggie’s footprint to a wider national audience on CBS Sports Radio and welcome Andrew to join her as co-host,” said Spike Eskin, Vice President of Programming, WFAN 101.9 FM / 660 AM and CBS Sports Radio. “Together, Maggie and Andrew will deliver a fresh weekday show for our listeners, adding another must-listen program to the station’s impressive slate of content.”

Gray went to social media to tell her fans about the news of the new afternoon show.

Perloff also took to social media to announce the news as well as saying his goodbye to the Dan Patrick Show, which it looks like he will be leaving once his new show starts at the beginning of 2022.

He had this to say on his time at the Dan Patrick Show.

“Now that it’s out, I want to express my gratitude to @dpshow @PaulPabst @HiMyNameIsSeton @brooklynfritzy. Incredible honor to be part of this team and share the fun with so many fans. They’re stuck with me for a few more weeks!”

“The show, which McKernan owns, currently runs 7-10 AM on The Fan. That will end on December 23.” 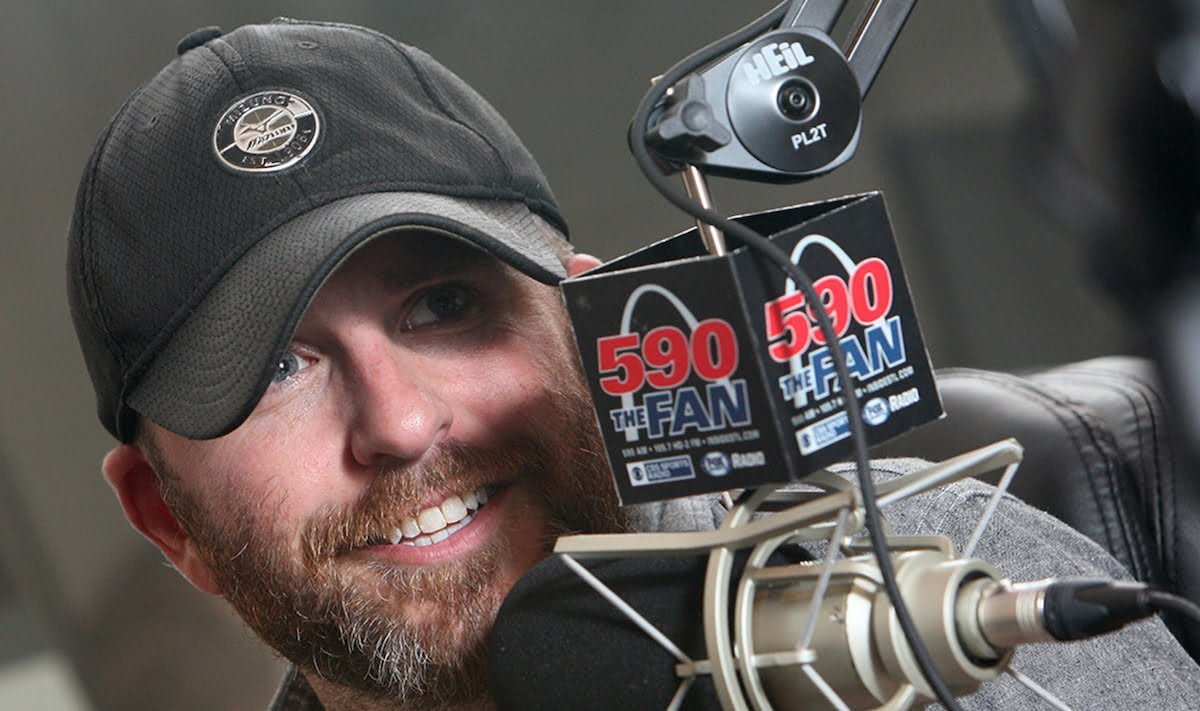 Tim McKernan is taking The Morning After to a new home in St. Louis. The show, which is currently broadcast by 590 The Fan, will move to 105.7 HD2, a sub channel of 105.7 The Point and YouTube. He will also be hosting a mid day show on 101 ESPN.

The show, which McKernan owns, currently runs 7-10 AM on The Fan. That will end on December 23. Co-hosts Doug Vaughn, Ken “Iggy” Strode and “Action” Jackson Burkett will go with McKernan.

“We’ve been wanting to grow our digital footprint for years, and adding ‘The Morning After’ is a huge step in that direction,” Hubbard-St. Louis operations manager Tommy Mattern said in a statement to the St. Louis Post Dispatch. ”With the addition of the YouTube channel, not only can you listen to TMA but you can watch it live, which is something we think their audience will embrace.”

The mid day show on 101 ESPN will run from 10-11 AM and be called Balloon Party. Tim McKernan wrote on Facebook that the name has a local origin.

“We have decided to name the show Balloon Party as a tribute to the late, great Joe Strauss,” McKernan wrote. “’Balloon Party’ was one of Strauss’s go-to lines when he saw the media trying to frame a story in a more flattering way than what the truth really was. That is absolutely no indication of what we are going to do on the show. I just like the name. And I just miss Joe Strauss.”

Randy Markel, the owner of 590 The Fan, says he was not involved in negotiations with McKernan. He wished the show well in its move.

All content produced by Tim McKernan, including The Morning After, is owned by his company InsideSTL.com Enterprises. He says that made the move easier to execute.