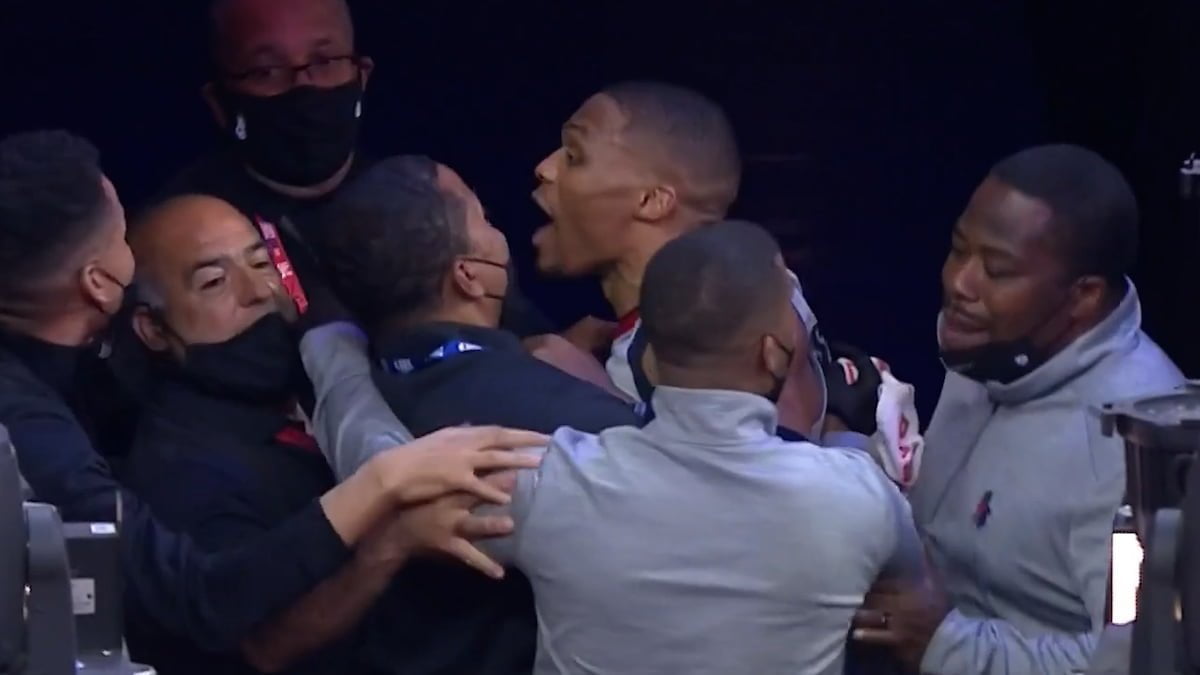 Having fans back at sporting arenas has brought an atmosphere back to games that all sports fans enjoy. However, the old saying goes that one bad apple can spoil the bunch and we had more bad fan behavior during the NBA Playoffs on Wednesday night.

In Philadelphia, popcorn was thrown at Wizards point guard Russell Westbrook as he was leaving the court. Since then, that fan has been banned from any event at Wells Fargo Arena. Meanwhile, in New York, a fan was caught on camera spitting at Hawks guard Trae Young.

On Thursday’s edition of Keyshawn, JWill, and Zubin, Keyshawn Johnson and Jay Williams, along with Alan Hahn discussed the fan behavior from Wednesday night. The two former professional athletes said they are okay with flipping the bird or calling a player a bum, but throwing things at a player is crossing the line.

“These are the classless, tasteless, disrespectful things that happen to athletes. You are not going to throw popcorn on me like I am an animal in a zoo,” said Williams.

As Johnson also said in the opening segment, “don’t touch me and don’t throw anything at me or on me. You can say everything you want to say all day long, but when you decide that you are going to assault me, now you get ready to get your ass whooped.”

On the show the day before, there was a caller who called into the show that told the trio that the athlete should be focused on what they are doing and not what the fans are saying or doing because they are getting paid a lot of money.

When Johnson watched the video of what happened to Westbrook, it reminded him of an incident that occurred when he returned to Tampa Bay, where he won a Super Bowl. At the time of the incident he described, Johnson was playing for the Buccaneers’ division rival, Carolina Panthers.

“I was walking through the tunnel and two dudes poured beer on me. Guess what I did? I turned around and tried to get into the stands. If it wasn’t for the security that was sitting there and some of our staff, I would have been in the stands and what happened at the Palace would have happened… Like J-Will said, we are not animals. It pisses me off to see people act like that and think it is ok. It gets on my nerves to see that.”

Clay Travis: ‘People Like My Politics More Than Sports Talk’