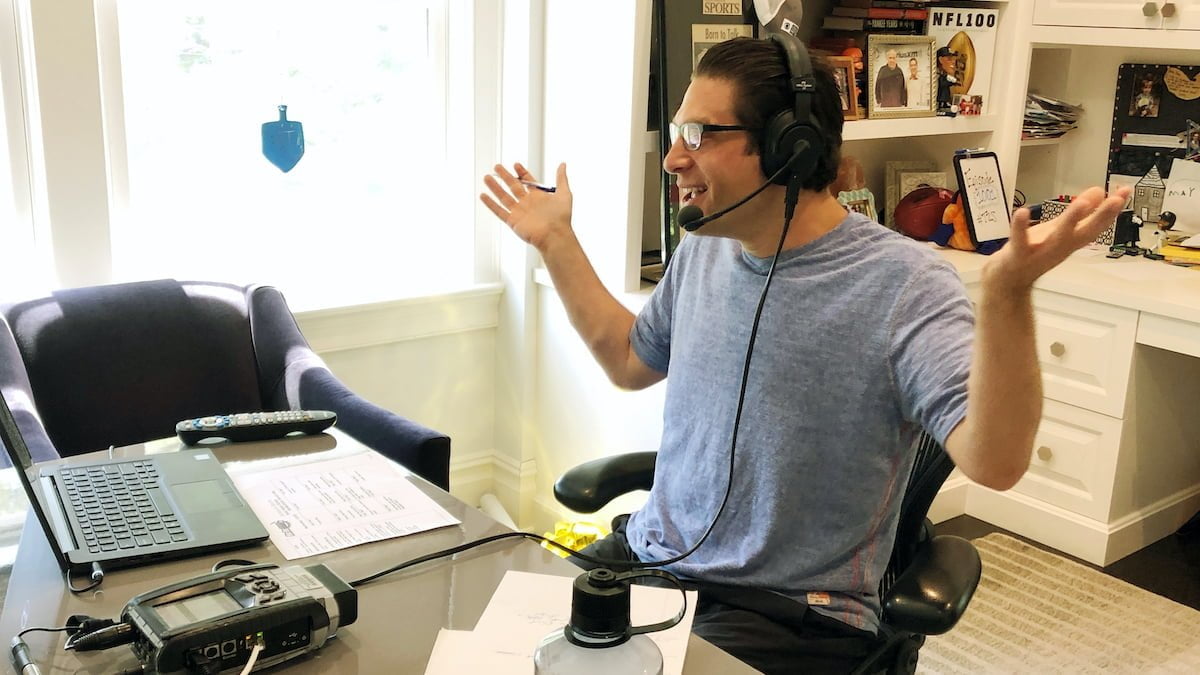 For some in the sports radio business, making the transition from local radio to national radio can be a challenging one with more topics to choose from. That is not the case for current host of Schein On Sports on Mad Dog Radio and the host of Time To Schein on CBS Sports Network, Adam Schein.

This past week, Schein was on the New York, New York with John Jastremski podcast and he was asked by Jastremski how tough it was making the transition from doing local radio at WFAN and local TV on SNY to going to national coverage.

“It wasn’t tough because when I was on WFAN or when I hosted on SNY, doing Loud Mouths with Chris Carlin all those years, we would obviously have an emphasis on local, but you can do issues and you can do the NFL in New York, it didn’t have to solely be Jets/Giants 24/7,” Schein answered. “You can dive deep into other things as well. It wasn’t difficult for me because I think for some people, they might not have had the passion for national, but I always did. I love talking about Duke basketball, all NFL, all MLB, all NBA, college football. For me, it was easy. I think in a lot of ways doing the shows in New York, I always talked a lot of national.”

Schein knows that people are going to watch his show or listen to him on the radio because they want to hear his takes, but especially when they are about two big topics that he is well-known for talking about:

“NFL and New York sports, there’s a history there for me. If you are a Raider fan or a Knicks fan, you want to tune in and listen to the radio show or subscribe to the podcast or watch Time To Schein…that transition was easy because I could still be me.”

Speaking of the Knicks, their season ended on Wednesday night after losing to the Atlanta Hawks in the NBA Playoffs. Despite the season coming to an end, Schein was excited to get to blend his old world with his new one. He marveled at how little relevance the Knicks had to a national audience until this season.

“We started Time To Schein in 2015. I have never done a television show after a Knicks playoff game, yet alone a playoff win,” he said. “That’s crazy when you think about it. From a radio perspective, I have had to change a lot of my viewing habits. When you are a Knicks fan recently, when is it a national topic? When they don’t win the lottery… I can’t watch a game of all of these years hosting, I can’t watch a game and talk about it the next day. I can do that for the Lakers, Celtics, LeBron. I can’t do it for my favorite team. To be able to do that this year and have the Knicks as a topic, this is the first time in forever I can do Knicks. I can watch it, feel it, react to it.”