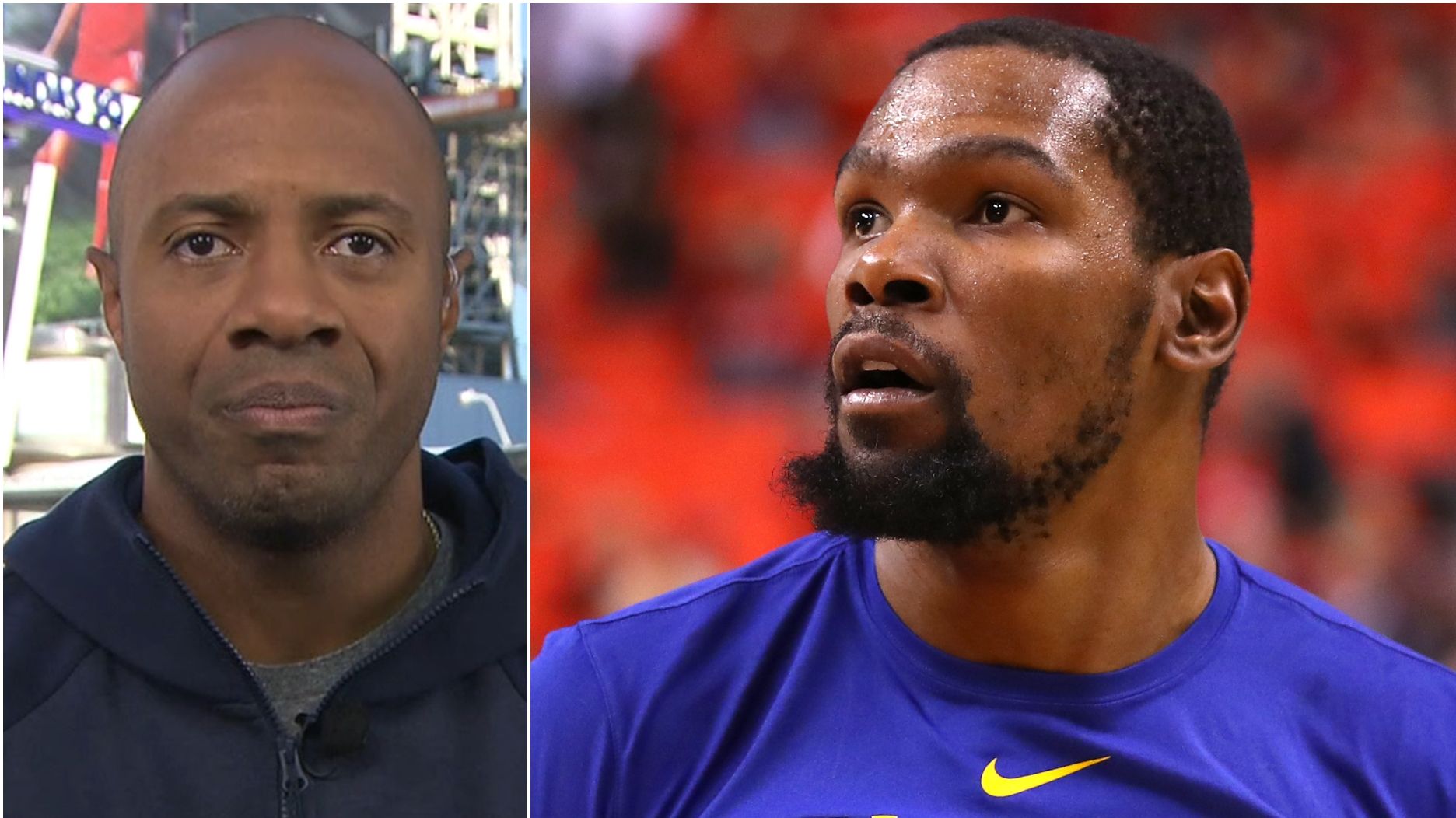 Jay Williams has responded to Kevin Durant after the Brooklyn Nets star forward came after Williams for a story he told on “Keyshawn, JWill, and Zubin” Tuesday morning.

Williams shared a personal story involving him and Durant where he tried equating Giannis Antetokounmpo to the elite scorer.

Durant took to social media to say Williams’s story is not true. He went so far as to call it a “f***ing lie”. That lead to plenty of criticism for Williams from fellow media members and fans on multiple platforms.

The ESPN voice never responded on social media, instead choosing to save his thoughts for Wednesday’s radio show.

“I stand by my story,” Williams said on the show. “I was probably wrong for sharing a personal story, but that’s what we do; we share personal stories. But yesterday I sat there, I’m not going back and forth on social media. I was with my family all day staying positive, it’s all good. It was meant as a compliment; there are levels to this.”

Williams stayed on the high road to close his statement by saying he hopes Durant and the Nets win the championship and take home the Larry O’Brien trophy. Social media has dragged prominent voices into the mud countless times, but Williams didn’t have time for it.

Durant and Williams have an established working relationship after helping build “The Boardroom” TV show together on ESPN+. It’s unknown how they are moving forward professionally. Right now, it’s all systems go on a championship for Durant and the Nets, who are up 2-0 against the Milwaukee Bucks and have the shortest odds to win the title of any team this season.

“Adding Tiki and Tierney is just the latest in a series of changes for WFAN.” 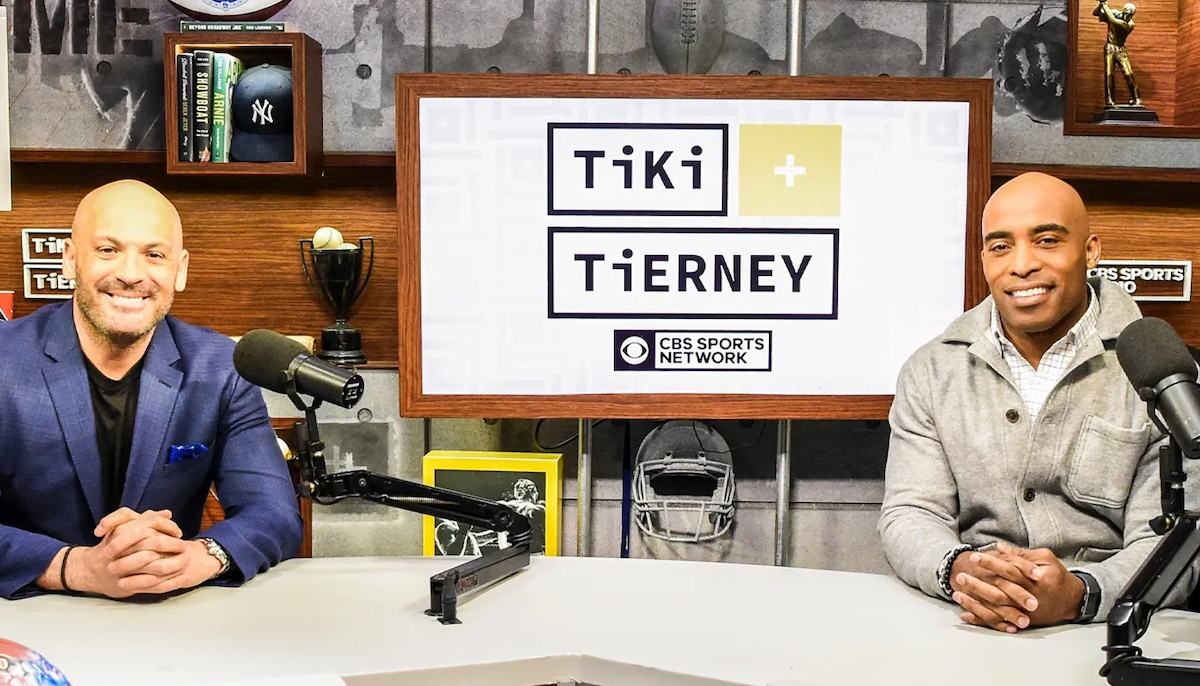 Tiki & Tierney are based in New York. Now they will be broadcasting to New York. The show is leaving CBS Sports Radio’s afternoon drive slot. It will move into mid days on WFAN.

The duo should be a good fit for New York sports fans. Tiki Barber is one of the best-known New York Giants of the early 2000s. Brandon Tierney is a Brooklyn native now and familiar voice to New Yorkers, having worked for years at ESPN New York in addition to other stations in various markets across the country. The duo has been together since the launch of CBS Sports Radio, having spent time in both drive slots for the network.

“Tiki and Tierney have a perspective and sound that is tailor-made for New York City and their addition will further solidify WFAN’s iconic position as the area’s most influential sports platform,” said Chris Oliviero, Senior Vice President and Market Manager, Audacy New York. “Both are already very familiar to the FAN audience, so their voices joining “Boomer & Gio” and “Carton & Roberts” creates a powerful must listen to our weekday lineup for both listeners and advertisers.”

A new show means the old one has to go. Moose and Maggie had been holding down the mid day slot on WFAN. No official word is available on Maggie Gray’s or Marc Malusis’s future with WFAN or Audacy. Andrew Marchand reports that Gray is expected to have a different role within the company.

Gray did acknowledge on-air and online that Thursday was her last day as part of Moose and Maggie.

Adding Tiki and Tierney is just the latest in a series of changes for WFAN. In less than a month, the station has said goodbye to Steve Somers and added Keith McPherson in the nighttime hours. Sal Licata has also seen his overnight show extended.

The fundraising event was a huge success, raising $243,369, which is by far the most raised for the event in its history. 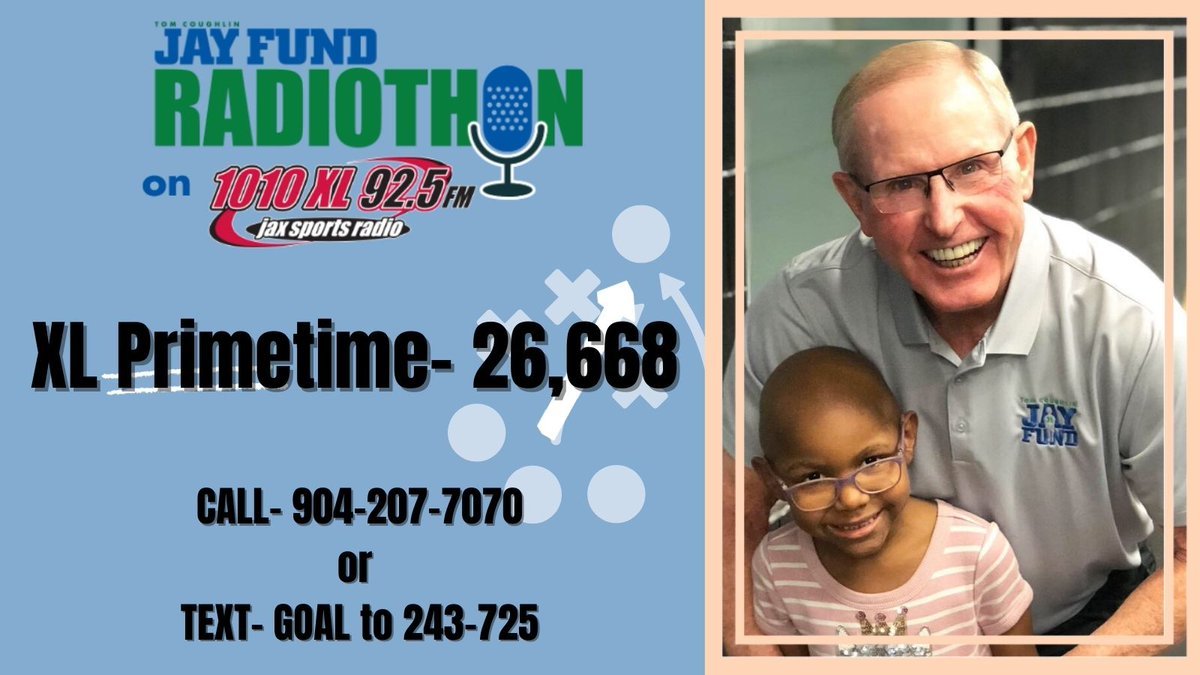 It is the time of year for many radio stations to give back, and this is a very special story coming from 1010 XL/92.5 FM in Jacksonville.

Yesterday, the station hosted its 14th annual radiothon. The event benefits the Tom Coughlin Jay Fund to help tackle childhood cancer, and the turnout was staggering.

The event was a huge success, raising $243,369, which is by far the most raised in its history. The station had set a goal of $150,000 and far exceeded it with hours still to go in the fundraiser.

They posted on social media Thursday morning following the fundraiser.

“It’s the favorite day of the on-air staff every year,” Steven Griffin, President & General Manager of the station, said in an email. “This year, they slayed it.”

Donations can still be made to the Tom Coughlin Jay Fund at any time on their website with multiple different ways to give back to children in need of help.

“There is just a unique perspective from both of us because we grew up under different circumstances.” 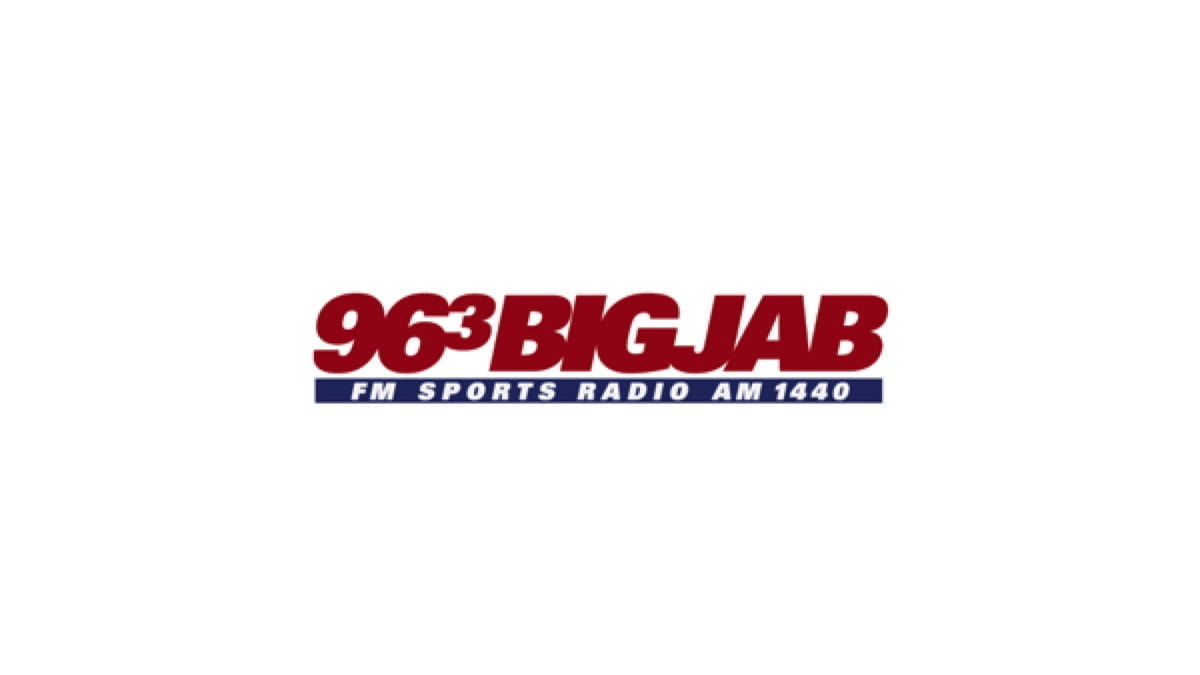 Big Jab is adding Jeff and Taylor Mannix to their midday lineup to debut their new show “Middays with Mannix and Mannix” on weekdays from 10 AM to 2 PM.

The two have been at the station hosting a Saturday morning show for the past three years, but will now take over a new time slot. They will be replacing FOX Sports Radio’s Dan Patrick and CBS Sports Radio’s Jim Rome.

The afternoon “PM Jab” with Javier Gorriti will move from 3-7 to 2-6, shuffling around with the move.

General Manager for the station Jon Van Hoogenstyn said, “Our station leadership is proud and excited to add Middays with Mannix and Mannix to our weekday lineup. This is a significant differentiator for our station and aligns with our commitment to preserving and advancing the art of local talk radio programming.”

This move is a part of a bigger overall movement of all local programming at the station from 6 AM to 6 PM on weekdays.

“There is just a unique perspective from both of us because we grew up under different circumstances.” said co-host Jeff Mannix. ” There is an age difference between us, he is younger, I am older, so we just kind of mesh the two generations.” he added.

“We bring a little bit of different angles because our personalities are complete opposites.” said fellow co-host Taylor Mannix.