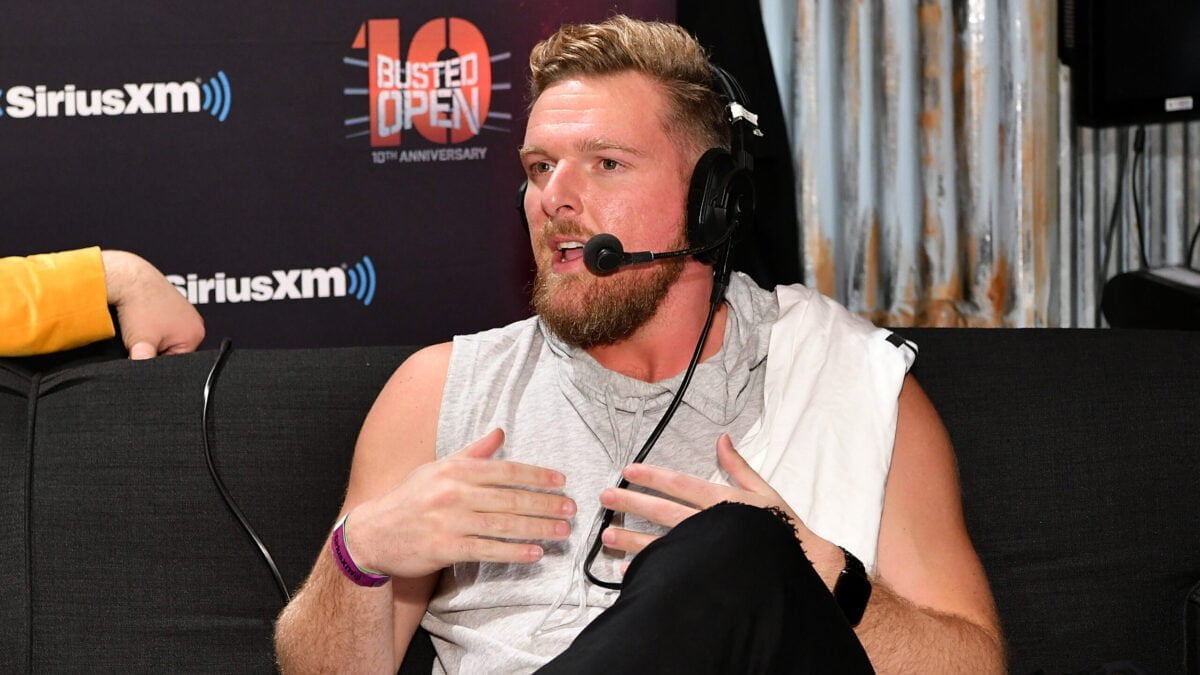 Amazon founder Jeff Bezos pulled off a historic trip to the edge of space Tuesday as the billionaire space wars continue escalating. It enthralled plenty of people, including Pat McAfee, who couldn’t get enough of the rocket man on Tuesday’s show.

“With Bezos, he took off in a penis-shaped thing,” McAfee said on his Sirius XM show. “The rocket he took off in, had a thin capsule then a little mushroom head…. Bezos had four people in the tip of his head.”

Blue Origin’s flight was a success and included the oldest person to ever go to space in Wally Funk. The 82-year old trained with the Mercury 13 program for women astronauts in the ’60s, but NASA only sent men into space at the time.

McAfee and his co-host, A.J. Hawk, were enthralled with the whole flight process.

“So he shoots up there, he goes into space,” McAfee continued. “The rocket, the shaft, it comes back down, it lands all by itself. Then Bezos and his brother they come back down with some parachutes and BOOM. It seems like the sand dissipates quickly like almost before they hit, is there anything slowing them down? I don’t think so.”

Bezos was feeling himself after pulling off the space flight, donning a cowboy hat in the post-flight interview. One of the world’s richest men didn’t forget about all the hard work that led here.

McAfee described the moment as Bezos “going full heel,” a shoutout to his WWE audience.

“Yeah no problem Jeff,” McAfee said in response to the clip. “It is fascinating that all these rich people want to get to space as fast as possible.”

Check out the full clip, including the capsule landing, above. 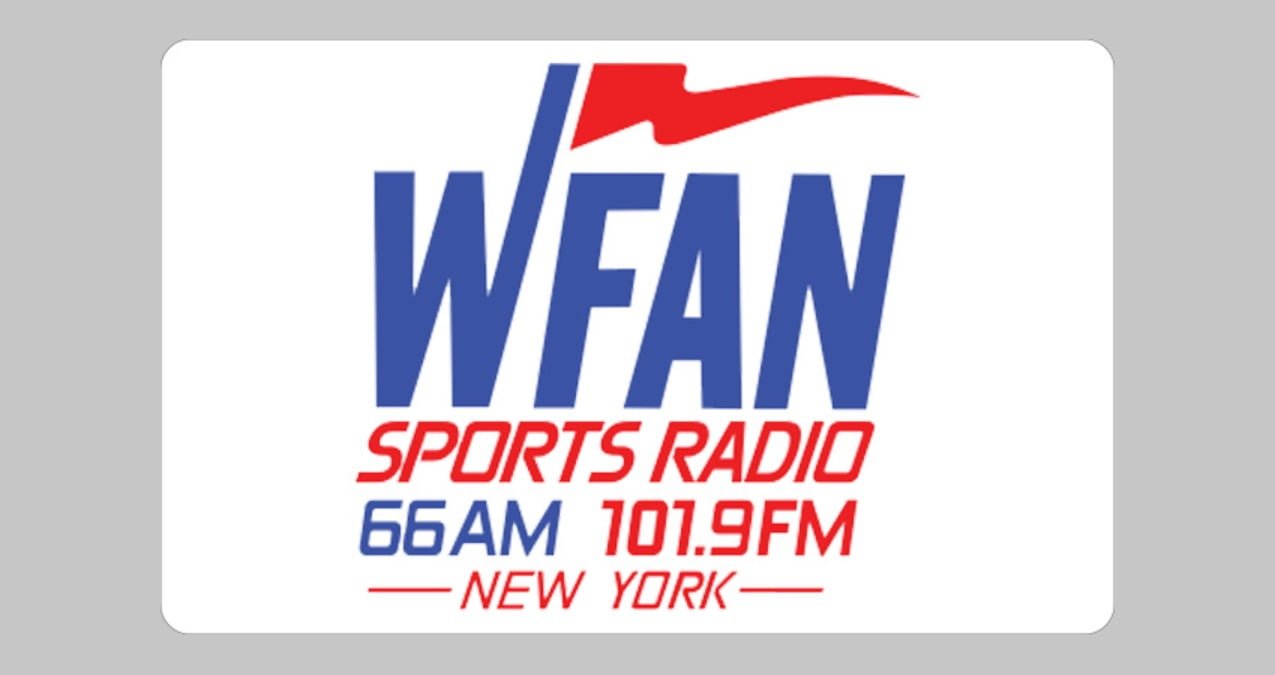 With Major League Baseball free agency in full swing, everybody covering the sport is on edge looking for the latest scoop on a key player acquisition. But while there are plenty of honest, reputable sources and insiders on Twitter, some accounts out there just want to watch the world burn.

For the latter, at least WFAN’s Evan Roberts was able to laugh at himself after falling for a Twitter report from a fake insider account.

On Wednesday’s edition of Carton & Roberts, Roberts thought he was breaking some Freddy Galvis free agent news, but co-host Craig Carton immediately knew what he was trying to report was baloney.

Evan Roberts threw up his arms, saying “Breaking news! I can no longer make Freddy Galvis jokes about you guys signing him, New York Yankees,” reporting that the free agent shortstop had signed with a team named the Fukuoka Soft Bangkoks.

Carton made a face as soon as Roberts said the team name and caught his co-host falling for a bit.

Evan Roberts, clearly embarrassed, said he blamed the mistake on not getting enough sleep.

“How could you fall for that?” Carton asked.

By that point the segment had gone off the rails, but everybody was having a good chuckle.

“You just read that on the air like you had news,” Carton quipped. “You gotta get some rest, buddy.”

“Harnish served as the first studio host for the Vegas Golden Knights on FOX Sports 98.9/1340. He also co-hosted The Insiders Show for the station with Ryan Wallis.” 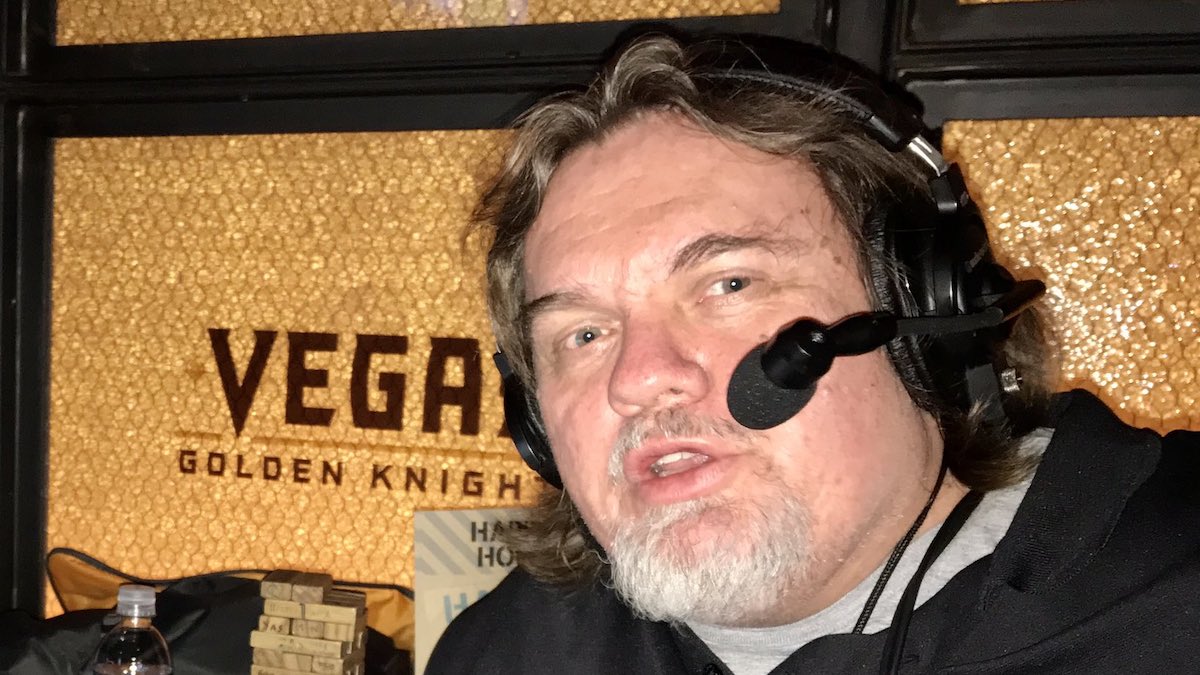 Sad news out of Las Vegas. Former host, producer and promotions director at Lotus Broadcasting, “Ballpark” Frank Harnish has passed away. He worked at Lotus for 27 years before being laid off in 2020.

Harnish served as the first studio host for the Vegas Golden Knights on FOX Sports 98.9/1340. He also co-hosted The Insiders Show for the station with Ryan Wallis.

In addition to his sports radio presence, listeners also knew Frank Harinsh from the cluster’s rock station. He went by Frank Fredricks on KOMP. He voicetracked the station’s overnight hours.

“Frank Harnish was as kind as he was passionate about all things sports and Las Vegas, and he will be missed by the Vegas Golden Knights,” a statement from the NHL franchise reads. “We extend our deepest sympathies to his family and friends.”

Harnish had been battling cancer and documenting his struggles and chemotherapy treatments on Twitter. He was 62 years old.

NBC Sports is deep into negotiations to keep Cris Collinsworth at its lead Sunday Night Football analyst until 2025. 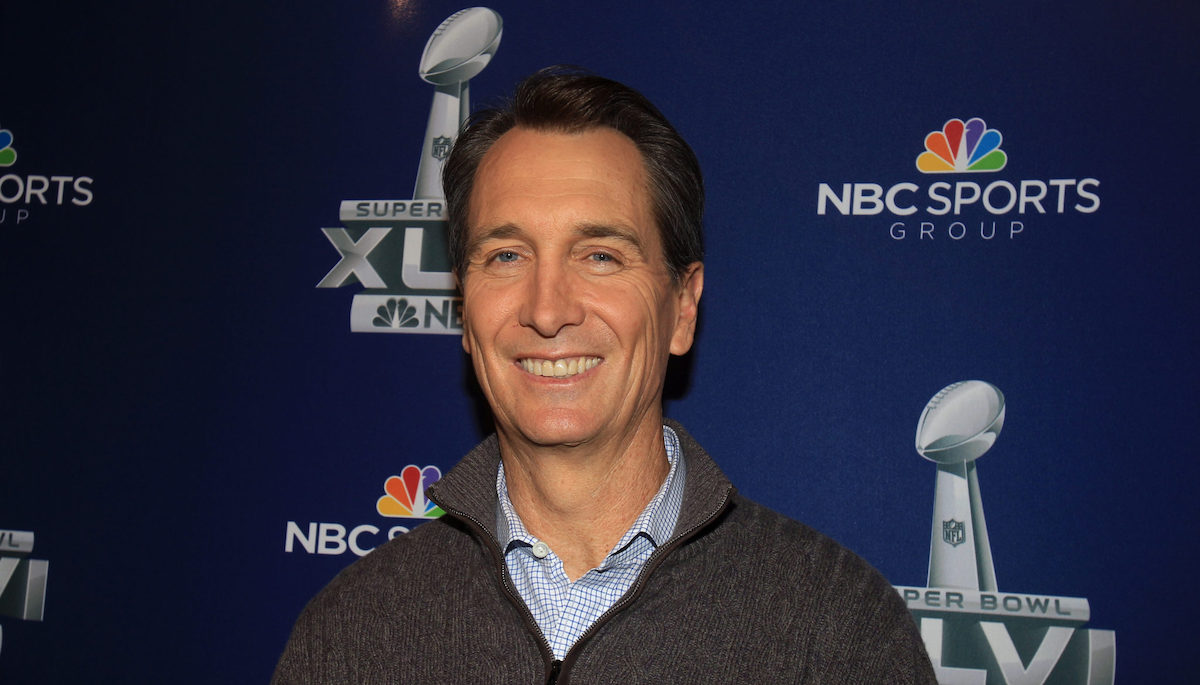 Cris Collinsworth has been with NBC in his most recent stint since 2006, and it doesn’t seem like he is going anywhere else in the near future. NBC Sports is deep into negotiations to keep him in place as the lead Sunday Night Football analyst until 2025, according to Andrew Marchand of The New York Post.

Collinsworth and NBC are discussing a contract in the $12.5 million per season range, according to sources close to Marchand.

With Amazon Prime Video set to take over the exclusive rights to Thursday Night Football next season, NBC’s plan is to pair Cris Collinsworth with Mike Tirico for Sunday Night Football to replace Al Michaels, who has been rumored to Amazon.

Michaels’s contract is set to expire after this year’s Super Bowl in his hometown of Los Angeles, and while Amazon has not yet finalized a deal for Michaels, it appears likely that he will be their guy on Thursday Night Football.

Michaels is also expected to be offered a reduced role back at NBC as well. He could work select games, including one postseason game for the network.

There were some rumors that Drew Brees would be joining Tirico next season for Sunday Night Football, but it appears that Cris Collinsworth isn’t moving aside though. That likely means Brees is staying in his role on Football Night in America as well as calling Notre Dame football.

The puzzle pieces seem to be fitting in for every network going forward. With Tirico and Collinsworth working Sunday Night Football, that allows Amazon to get their dream scenario of Al Michaels joined by Troy Aikman if that is what they want.