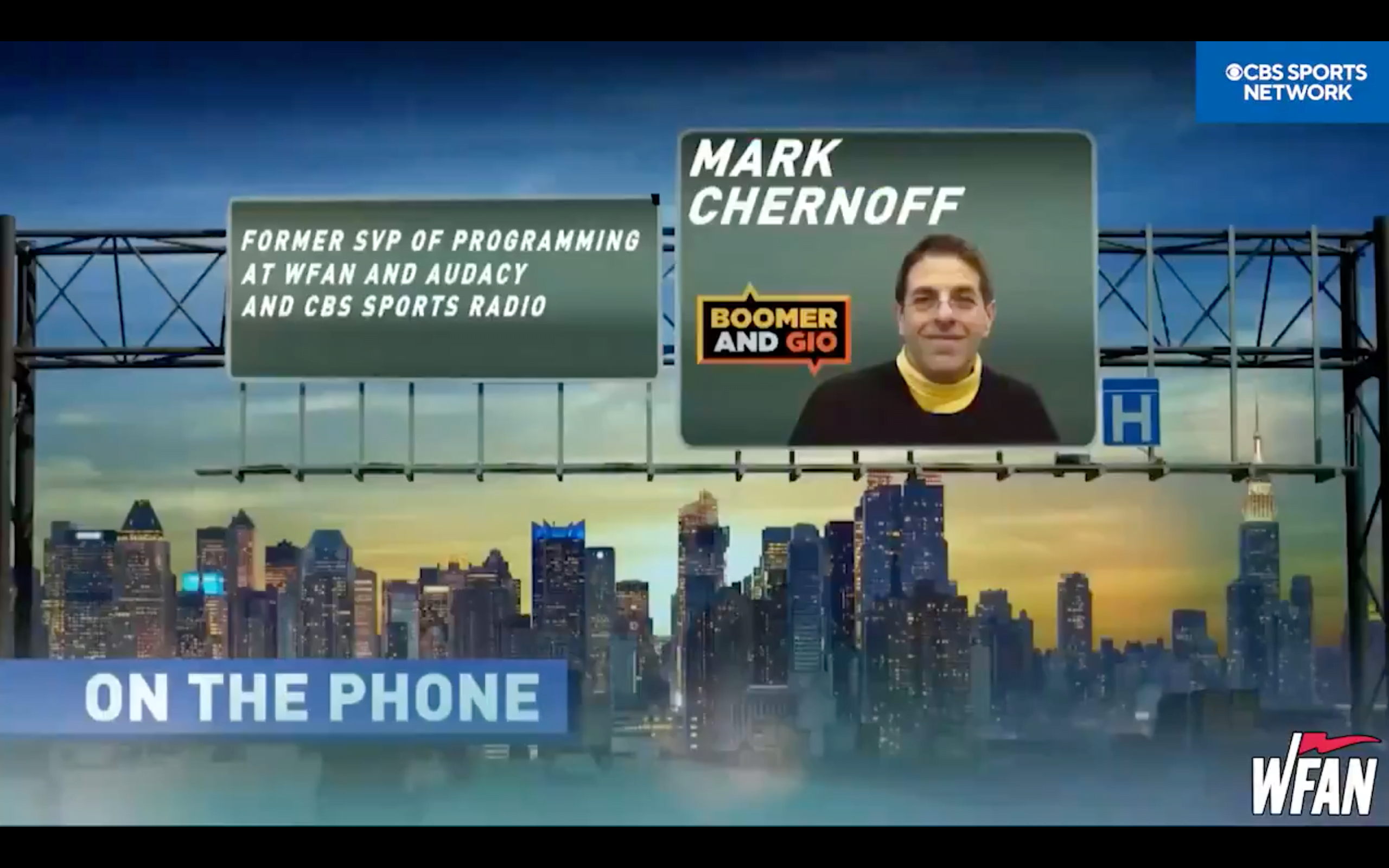 Everyone makes mistakes, including us here at BSM now and again. One of those mistakes turned into golden content for Gregg Giannotti on WFAN Friday morning.

“Which is not the case,” Jerry Recco responded as his co-host laughed hysterically. “It was just a mistake; it happens.”

It was a simple mistake on our part. When scheduling our social media posts on Friday morning, an editor clicked the wrong preview image for the column in question.

That ultimately led to Chernoff calling into the show himself to see what all the fuss was about. The legendary WFAN programmer retired from the station at the end of June.

“That’s quite a story,” Chernoff said when he called into Boomer and Gio. “Oh my God.”

Giannotti confirmed that Chernoff hadn’t heard about the flub until the show brought it up while he casually listened. He told Chernoff it was a mistake and no longer up on the Facebook page.

Giannotti chatted with Chernoff a little longer, then let him get back to retired life, making a point to ensure no one thinks Chernoff sexually assaulted anyone.

“It’s great hearing your voice, and don’t worry about that thing it’s gone now,” Giannotti said to close the conversation. “Everybody knows you didn’t sexually harass Britt McHenry, so you don’t have to worry about it.”

“That’s for sure,” Chernoff said back.

To read more about the sports radio pioneer and some kind words from those who worked with him, check out our tribute piece right here.

Obviously, we regret that this happened and truly apologize to Mark for the mix up. Giannotti is right that the post has since been taken down and reposted with the correct image.

KFAN’s Zach Halverson Comes Out As Gay On Air