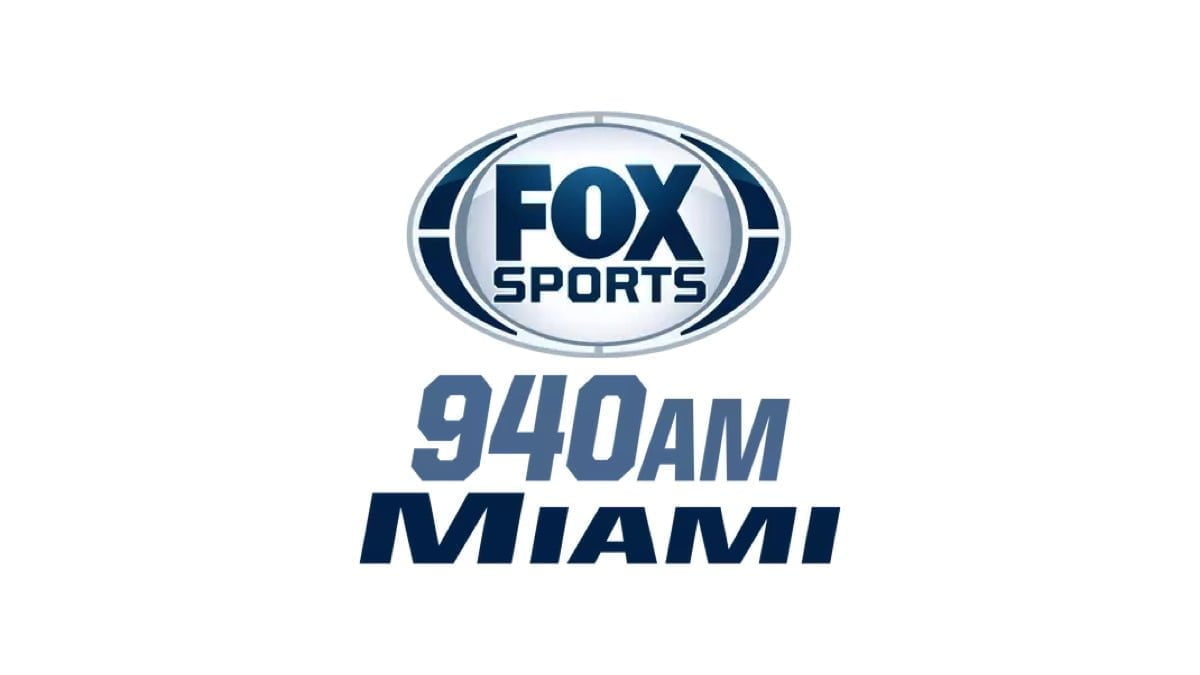 Some big changes are taking place over at WINZ/Miami. IHeartMedia Sports WIZN has officially rebranded to Fox Sports 940 Miami.

The rebrand happened on Wednesday morning.

The station will continue to air the national Fox Sports Radio lineup along with Miami Marlins baseball and University of Florida football and men’s basketball.

Among these key changes, Fox Sports Radio’s new show 2 Pros and a Cup of Joe featuring Lavar Arrington and Brady Quinn will air during the morning drive time slot. This will be replacing the local morning show by Jeff Deforrest.

Also leaving the lineup is a show at 3pm hosted by Spero ”The Greek” Georgedakis, which will be replaced by The Doug Gottlieb Show in its entirety.

“We are excited to align 940 AM WINZ with a first-class organization like Fox Sports Radio,” said iHeartMedia Miami/Fort Lauterdale Market President Shari Gonzalez.

“This partnership ensures passionate South Florida sports fans, and our 940 advertisers will have access to the nation’s top talk hosts and their insights on the most relevant topics facing teams, athletes, and fans.” added Gonzalez.

“Evan Roberts clearly enjoyed the phone call and the chance to reminisce about his grandfather, who he says was something of a ladies’ man after Evan’s grandmother passed away.” 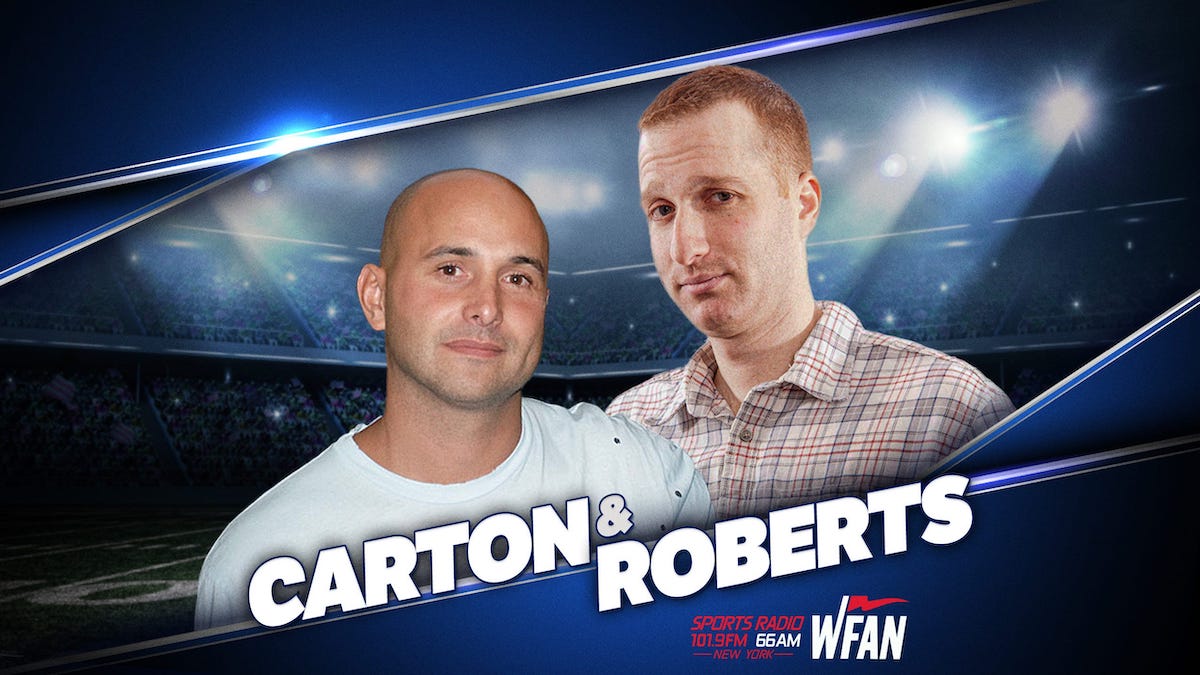 You never know what is on the other end of the phone when you take a call on-air in sports radio. On Monday’s edition of Carton and Roberts on WFAN in New York, Evan Roberts got to hear what could have been an in-law had things worked out differently for his grandfather.

A caller named Kerry told Roberts that his mother lived in Boynton Beach, Florida, which is where Roberts’s grandfather lived. According to this caller, the two dated for a while.

“Was my grandmother still alive at this point?” Evan Roberts asked.

Kerry assured him she was not. He provided just enough detail that Roberts was convinced the man’s story was true. Roberts’s partner, Craig Carton, wanted more details. He asked Kerry if the couple ever had sex.

“I don’t think they went that far,” Kerry said.

Carton was disappointed. He and Evan Roberts determined that if Kerry’s mother and his grandfather had gotten married, Kerry would be Roberts’s step-uncle. It was something that Kerry said he was always intrigued by, as he is a long time fan of Evan’s.

“You would have gotten together for all the Jewish holidays. You would have told stories of how Evan’s grandfather defiled your mother over brisket,” Carton said.

Carton then put Kerry on hold and directed him to give producers his phone number so he and Evan could have a private conversation later. Evan Roberts clearly enjoyed the phone call and the chance to reminisce about his grandfather, who he says was something of a ladies’ man after Evan’s grandmother passed away.

“He was the king of his palace. Like, the women loved him. And I heard, now I don’t know that he did it, but a lot of married women were loving him.”

“A consumer can now potentially workout, share their health stats, bet on a match, utilize a digital ticket to attend a game, purchase food and drink, all the while giving companies direct access to information about you.” 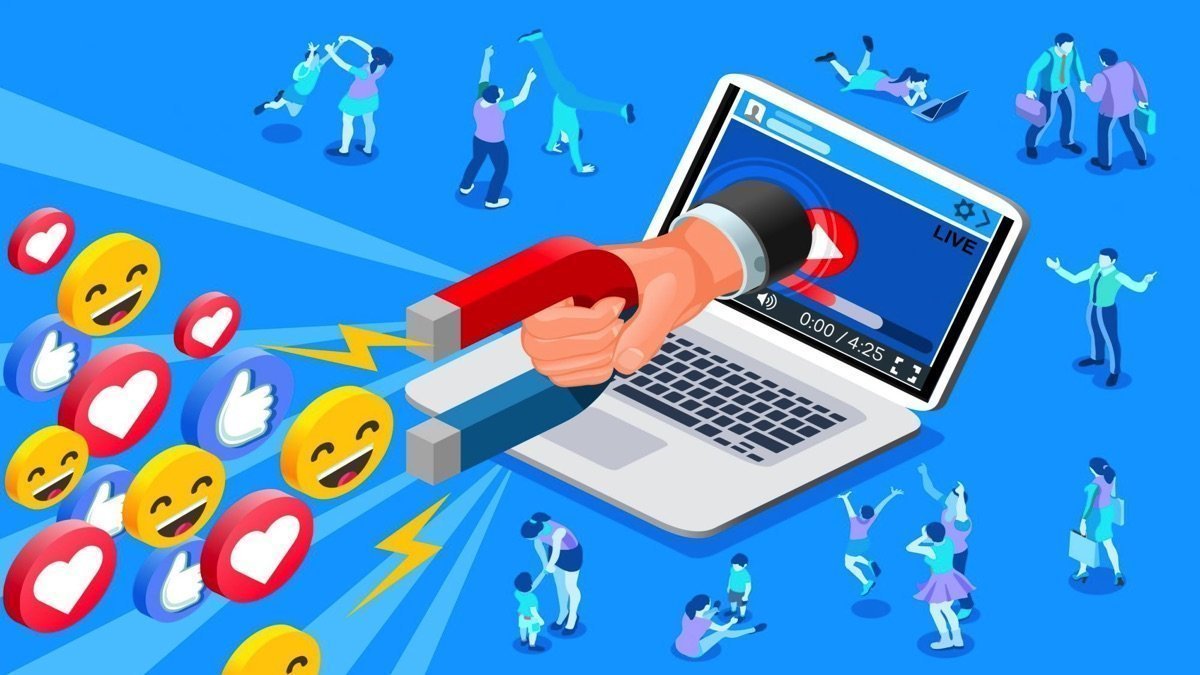 Adaptability is an important business principle in any industry.  Especially true in technology, the next best thing could very soon be outdated and replaced.  If the early part of the 21st century can be described in one line it might be technology companies creating or adapting technology to share content and collect data.

Peloton’s growth during the pandemic has also led Amazon to seek additional subscribers to its platforms and services.  Apple’s growth through gaming and services via Arcade is also a part of the Amazon strategy to utilize wearable technology to collect data on gamers.  Amazon’s new Halo View services on its platform will serve much like the Apple Watch.  The idea being that the data collected can be used to grow business by understanding consumer habits.

Bringing new technology to businesses that collects, shares, and monetizes data raises entirely new concerns about compliance with privacy laws.  The privacy concerns will need to be managed carefully to make sure there is compliance, but also authorization by the user.  Europe and the State of California have been some of the first places to adopt stricter privacy laws, but the adoption of similar laws is expanding.

As mentioned previously, the same wearable technology is also being used for gaming.  EA Sports, which is one of the more notable gaming companies, was once a fan favorite for colleges sports, but the Ed O’Bannon v. NCAA case changed all of that by calling into question more publicly college athlete name, image, and likeness (NIL) licensing.  Now that NIL is allowed by virtue of a change in NCAA rules that was prompted by state law, EA Sports is getting back into college sports.  College athletes will profit from the game and furthermore, EA Sports is investing heavily into mobile technology that reaches more consumers.

Lest one forgets, mobile phones are the biggest “wearable” technology to date.  Billions of people around the world use mobile phones and carry them everywhere they go.  The mobile devices, through applications, advertising, and sales are used to track and collect consumer usage data to sell more stuff.  Therefore, it makes sense that a company like EA Sports would invest in mobile gaming with NCAA/NIL sports on the rise to coincide with the continued increase in mobile device usage.  In the last two years, the market has grown for at-home and mobile gaming.  As an example, from September 2020 to September 2021, Genshin Impact generated $2 billion dollars in player spending through mobile gaming.

It is clear that content consumption habits have changed.  The trend towards digital consumption was already occurring, but 2020 expedited the movement.  Streaming, mobile, and wearable technologies are now a major part of business and data analytics strategy for entertainment studios, streamers, sports teams, and mobile/technology companies.  One of the ongoing issues is determining how and what to compensate talent as consumers’ trend to digital and streaming consumption in entertainment, media, and sports.

The mobile sports betting aspect is a further example of data and consumer habits.  Sports teams that implement sports betting as a platform or through partnerships are looking to increase engagement by having consumers retain a stake in the outcome, while the payment is used to secure a hopeful outcome and payout and it increases viewership.  That increased engagement and viewership means more profit and advertising spots to sell.  A consumer can now potentially workout, share their health stats, bet on a match, utilize a digital ticket to attend a game, purchase food and drink, all the while giving companies direct access to information about you.

For years, companies have used advertising to attract customers.  Now those same companies have direct access to consumer habits to better understand, sell, and deliver services through wearable technology.  In California and soon to be in other states, those same companies will have to follow the privacy laws about consumer data, but it is an on-going battle between consumers giving up data about themselves and whether the information given harms or benefits the balance between efficiency, liberty, and freedom. 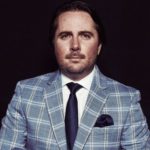 Jeremy Evans writes about Sports Business for Barrett Sports Media. He is also the CEO, Founder & Managing Attorney at California Sports Lawyer®, representing entertainment, media, and sports clientele in contractual, intellectual property, and dealmaking matters. He is an award-winning attorney and industry leader based in Los Angeles. You can learn more about his background online at https://www.csllegal.com. To connect, reach him on Twitter @JeremyMEvansESQ, or by email at Jeremy@CSLlegal.com.

“According to NBC Sports’ Chris Collinsworth, the six-time Super Bowl-winning coach was not happy about the book.” 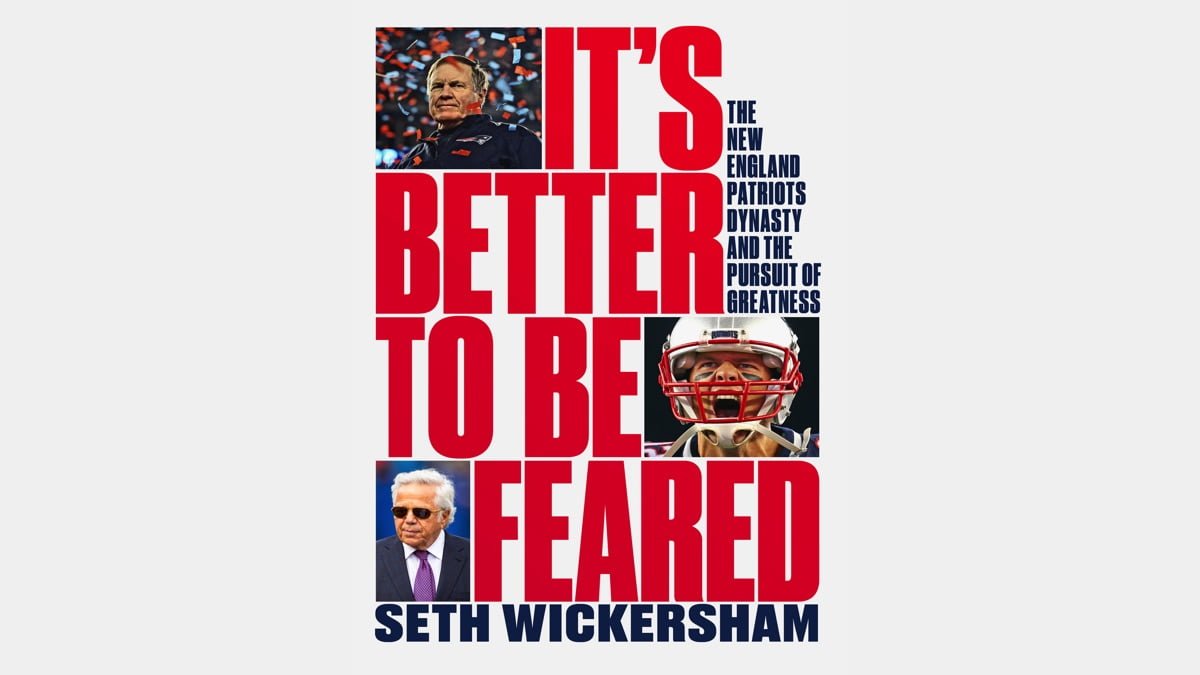 Editors for ESPN writer Seth Wickersham wittingly scheduled his book on the New England Patriots dynasty, It’s Better To Be Feared, to be released close to Tom Brady’s return to New England.

That fact meant Bill Belichick would hear about all of the different storylines dug up from its pages. According to NBC Sports’ Chris Collinsworth, the six-time Super Bowl-winning coach was not happy about it.

“Bill Belichick was hot. Getting ready to play a game like this. All the stories, all the books, all these things start coming out,” Collinsworth said. “And he was like, ’20 years, and you’re going to take 10 seconds out of this conversation this year and 20 seconds out of that conversation in that year, and somehow you’re going to make this into something it wasn’t? We had a great relationship. We learned a from each other. I learned a lot from Tom Brady.’”

Belichick is probably one of the last coaches anyone expects to feed into media narratives, but we are all human, and the Teflon mentality wasn’t working this time around.

“When he got to talking about ‘you guys in the media,’ we both threw up our hands and said ‘Woah Woah,’” Collinsworth said. “But it was an emotional thing for Bill. He did not like that people were trying to portray it besides something very, very positive for the two of them.”

Wickersham actually answered pointed questions about his sourcing and vetting process when weaving a tale like the one in this book. The writer went in-depth on the topic last week on WEEI as he sat in-studio with Merloni and Fauria.

“The people who I quoted in the book,” Wickersham said on last Friday’s show. “For the most part, were people who witnessed things firsthand. Who were in those meetings. Who were playing in those games. Those are the primary sources I relied on.”

Wickersham prefaced that with his process for smelling out BS. He interviews each subject then picks out a few things to use from conversations held over hours at a time. After he identifies those key nuggets he then goes back to the source and makes sure he has all of the context correct about the information.

The painstaking process is a necessary evil to make sure aggrieved parties like Belichick can’t just cast aside well-reported journalism as fake news. The book’s title is fitting after Wickersham showed no fear in his quest to accurately report on the greatest dynasty in NFL history.