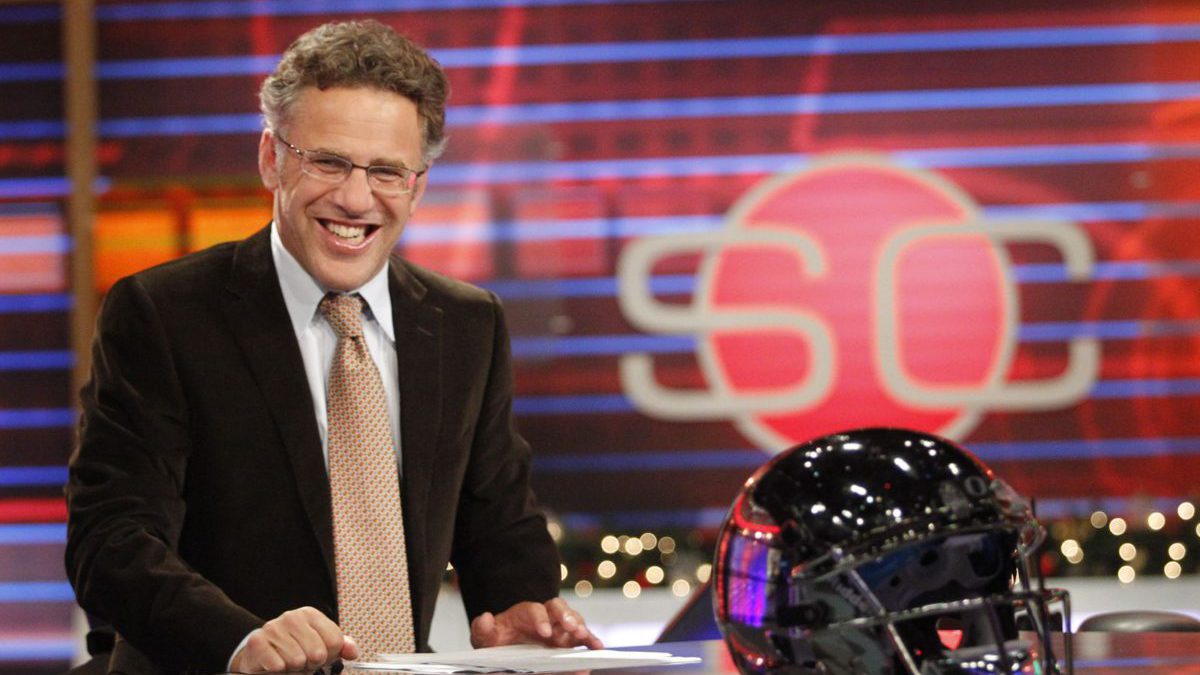 The Trail Blazers are adding a SportsCenter legend to their broadcast team. ESPN’s Neil Everett is joining the organization’s TV broadcast as a television studio host for pre, half, and post-game coverage on many of the Trail Blazers road games.

Current hosts Brooke Olzendam and Michael Holton will continue in their host roles during home games.

“It’s a delight to be able to join the great broadcast crew of my hometown team,” Everett said in a press release. “I look forward to returning to the Pacific Northwest and working hard to provide the best fans in the league in Rip City a great television broadcast.”

The job strikes close to home for Neil Everett, who attended high school in Spokane, WA. He is a Portland native who’s lived in Los Angeles for over a decade to work on the late-night SportsCenter. The anchor joined ESPN in 2000 and recently signed a contract extension with the network.

“To have someone with Neil’s knowledge and experience join the Trail Blazers will take our television broadcast to the next level,” said Chris McGowan, President and CEO of the Trail Blazers and Rose Quarter. “His personal ties to the Pacific Northwest paired with his expertise will complement the great talent we have on our broadcast team.”

Everett should have plenty to talk about on Portland broadcasts. His highlight call style fits perfectly for NBA action, and the Trail Blazers are entering a crossroads season. Franchise icon Damian Lillard has rumors swirling about his commitment to Portland.

No one knows how long Lillard will stay with the Trail Blazers, but Neil Everett is now there to cover his electric road performances.

“Berry and Smith debut on the network this week as the ACC powerhouses get set for hardwood action.” 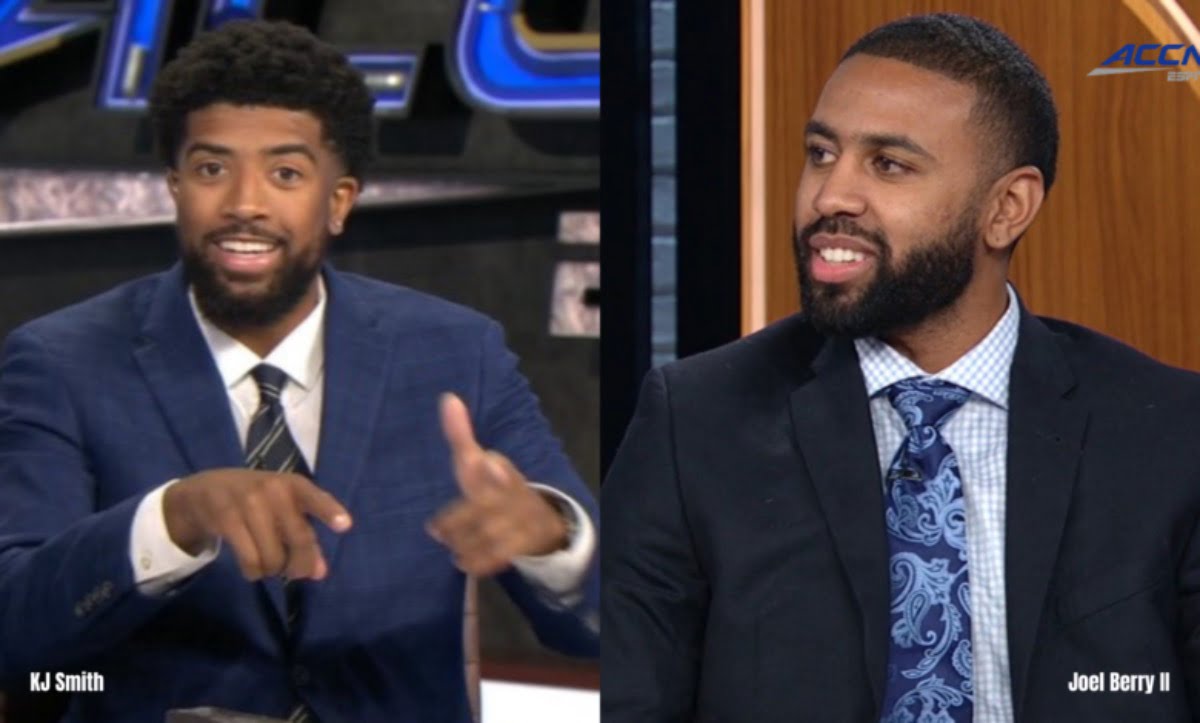 The ACC Network added a pair of big-name former athletes to their coverage of the conference. Former North Carolina Basketball players Joel Berry II and KJ Smith were unveiled as contributors to network programming this week.

Berry II is joining as a weekly panelist on Nothing But Net, while Smith is appearing on All ACC and will be a consistent voice on their social media platforms. The 2021-22 College Basketball season is less than a month away from tipoff.

Berry and Smith debut on the network this week as the ACC powerhouses get set for hardwood action.

“We’re thrilled to welcome Joel and KJ to our ACC Network family. Their engaging personalities and knowledge of the game will be immediate assets to our studio coverage,” said coordinating producer Aaron Katzman in a press release. “Joel makes our Nothing But Net team even more decorated with two Most Outstanding Players and NCAA champions in Joel and Luke Hancock and national champion, NBA All-Star and Olympic gold medalist Carlos Boozer, while KJ will elevate both our studio programming and the content on our ACCN social platforms.”

Berry II should be used to pressure situations as he gets set to start this new venture with ACC Network. The guard was crucial in UNC’s path to consecutive National Title Game appearances in 2016 and 2017. He won the 2017 NCAA Most Outstanding Player award after UNC captured the National Title.

“ACC basketball holds a special place in my heart, and being blessed with the opportunity to play in the best conference in the nation was a dream come true,” said Berry. “It doesn’t get any better than joining ACC Network and having the chance to cover high-level basketball that comes with playing in this conference. I’m honored to have this opportunity, and I’m excited to join the team and get started.”

Smith suited up at Carolina in 50 games from 2018-21, helping them reach the NCAA Tournament in 2019 and 2021. He most recently covered high school and college basketball for On3 Sports.

“I’m thrilled to be joining ACC Network,” said Smith. “During my time at UNC, I fell in love with ACC basketball, and now I can’t wait to cover it. It’s going to be a fun season and I am excited to contribute.”

He started the segment by remembering the late Tom Saunders and Tom Mees. 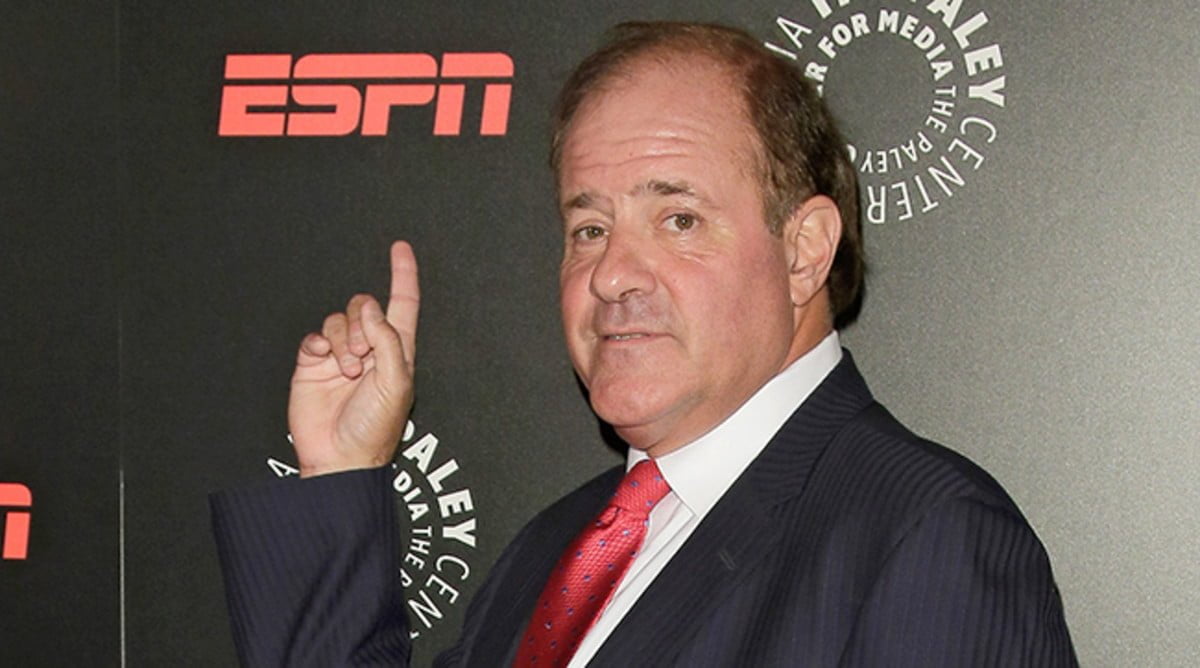 ESPN celebrated the comeback of the NHL on the network by bringing back a classic segment. Network legend Chris Berman showed up on SportsCenter earlier this week to share his ten favorite nicknames for current NHL players.

He started the segment by remembering the late Tom Saunders and Tom Mees, two staples of ESPN’s hockey coverage in the past, who have both since passed away.

“I know they are looking down smiling down on us saying, you are going to get to talk hockey again!” said Chris Berman about his late colleagues.

In January 2017, ESPN announced that Chris Berman would be stepping down from several NFL-related roles at the network, but this segment could be hinting that Berman may have a limited role in the company’s NHL coverage.

The 2021-2022 season will showcase 103 exclusive regular season games across ESPN, ESPN+, Hulu and ABC. In addition, more than 1,000 out-of-market games will be available on ESPN+.

ESPN+ and Hulu will also showcase an exclusive game every Friday night until January, then every Thursday night for the remainder of the regular season. ABC will regularly carry Saturday games beginning in February.

“Fellow media members couldn’t help but notice that ESPN was leaving out the key detail that when Gruden sent many of those emails, he was employed by the network and put front and center in its NFL coverage.”

ESPN devoted a lot of time to the racist, homophobic and misogynist language in emails from Jon Gruden uncovered during an investigation of the Washington Football team. Any sports network would and should. They led directly to Gruden’s resignation as coach of the Las Vegas Raiders.

The situation is a bit more complicated for ESPN though. The first email from Gruden that became public was sent in 2011 when he was an employee of ESPN.

Adam Schefter reported that Jon Gruden would resign as coach of the Raiders after another series of emails were released on Monday. In those emails, Gruden used homophobic slurs repeatedly and made misogynistic comments about female referees in the league. Naturally, this development was a point of discussion during the pregame and halftime coverage of the Monday Night Football game between the Colts and Ravens.

Fellow media members couldn’t help but notice that ESPN was leaving out the key detail that when Gruden sent many of those emails, he was employed by the network and put front and center in its NFL coverage.

Jason Whitlock took it a step further. The host of Fearless on The Blaze digital network said that ESPN’s discussion of the initial email on Sunday during Sunday NFL Countdown was “one of the most dishonest and unsophisticated TV discussions I’ve ever seen.” He went on to say that Randy Moss, Sam Ponder, and Teddy Bruschi should win Academy Awards for what he insinuated was phony outrage.

“Are we, black men, are we so fragile that Gruden’s opinion on Smith’s enormous lips can reduce us to tears?” Whitlock asked, referencing Moss’s emotional plea to the NFL to show that the league really does stand up against racism. “I’m just not that fragile. The opinion of white men just isn’t that important to me. Jon Gruden’s email does not impact my life. I’m not ashamed of my big lips.”

Randy Moss replied to the video in a since-deleted Tweet, seemingly threatening Whitlock.

At the time of publishing, ESPN had not issued an official statement about Gruden or any of the criticism.