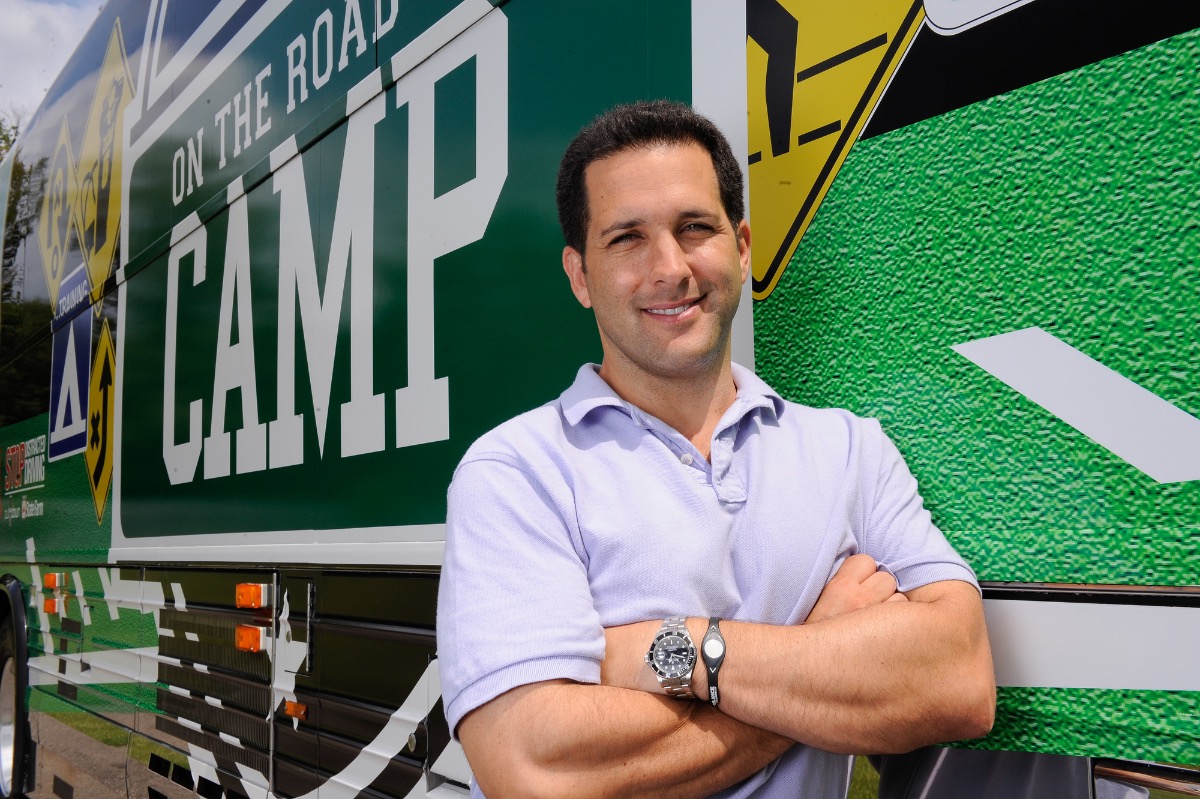 ESPN’s Adam Schefter found himself at the center of a story this morning surrounding emails he exchanged with former Washington Football Team executive Bruce Allen.

Schefter was working on a 2011 story highlighting the NFL’s labor dispute and ran a complete story by Allen to make sure the reporter covered all his bases.

“Please let me know if you see anything that should be added, changed, tweaked,” Schefter wrote in the email. “Thanks, Mr. Editor, for that and the trust. Plan to file this to espn about 6 am.”

Schefter made his weekly appearance on Philadelphia’s 97.5 The Fanatic, to tell his side of the story on The John Kincade Show.

“I’ve learned for a long time in this business not to discuss sources, or the process, or how stories are done,” Schefter said on the show. “But I would just say, it’s a common practice to run information past sources. And in this particular case, during a labor-intensive lockout that was a complicated subject that was new to understand. I took the extra-rare step to run information past one of the people that I was talking to. You know, it was an important story to fans, a host of others, and that’s the situation.”

The story blew up on social media with journalists in all kinds of fields refuting the idea anyone should send a completed story to a source for editing.

Yet, Bob Cooney fell on the other side of the ledger, telling Schefter he used to do the same thing with some of his stories. Cooney is a former 76ers beat writer for the Philadelphia Daily News.

“Not something I haven’t done a thousand times myself Adam,” Cooney told Schefter on the show. “I know of what you speak.”

The war for ethical journalism wages on, with each side digging deeper trenches. Check out the full Schefter interview here.

Anatomy Of A Broadcaster: Beth Mowins

Maggie Gray said that the beer had ”excellent flavor” among others in the room applauding the taste. 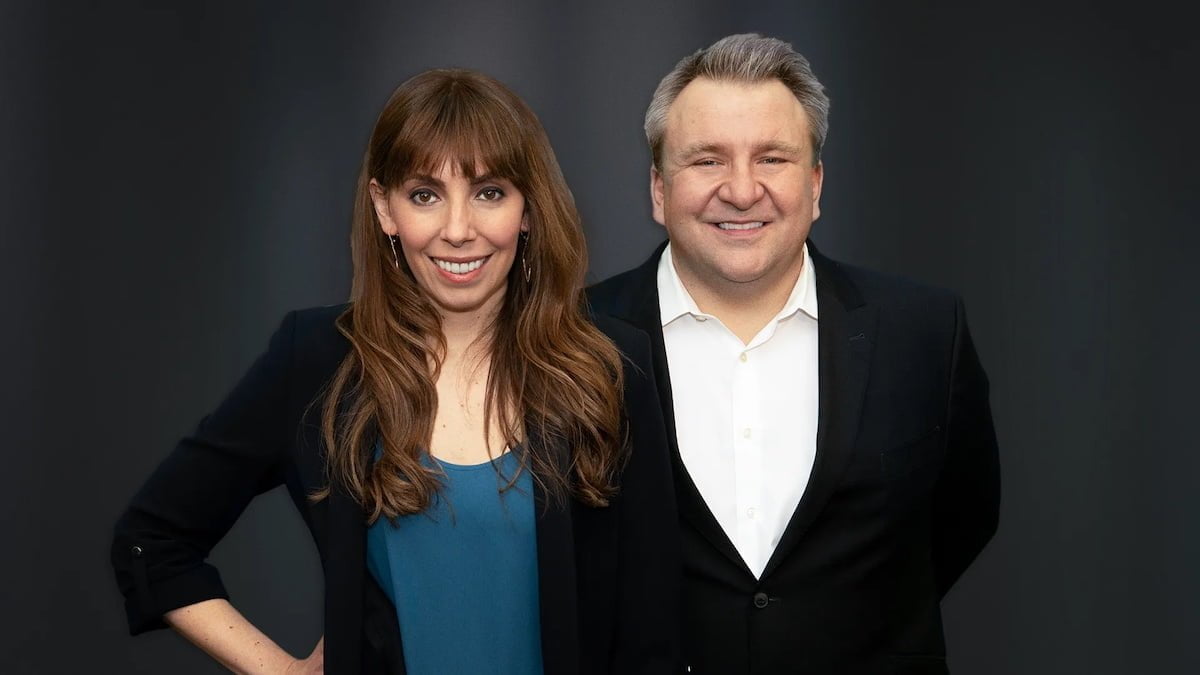 On Tuesday, Marc Malusis and Maggie Gray of WFAN were surprised by their producer Pete Hoffman. He brough in a fan that presented the mid-day duo with a very cool gift on air. Gary Pelikan from Newton, N.J., is a homebrewer who created “Thirsty Pelikan,” a pale ale dedicated to WFAN’s midday show.

Pelikan brought in samples of the beer for the crew to try, and it came back with some very positive reviews. Maggie Gray said that the beer had ”excellent flavor” among others in the room applauding the taste.

“Back in the summer I called in about the pizza in DC, and my phone dropped off,” Gary explained of the genesis of the beer, remembering a convo the hosts had where GW grad Maggie revealed that pizza in the nation’s capital isn’t good because of the water.

The beer even had a very detailed label on the beer of pictures drawn by JBird, something that the cast loved when they saw.

Pelikan placed the beer in a recent tasting contest outside of Pittsburgh, so it seems that others also liked the WFAN dedicated beer.

”I actually won something in life I had nothing to do with,” joked Moose about the beer’s top placing.

This has been a segment on other WFAN shows in the past as Al Dukes, the producer for Boomer and Gio, teamed up with Bradley Brew Company to make ”Al’s Boring Beer” for charity.

It remains to be seen whether this beer will actually be mass-produced and any sort of charity proceeds would come from it, but it was certainly a cool segment for the show that the cast loved.

“The Game’s afternoon team of Carl Dukes and Mike Bell delivered the station’s best performance for the quarter. Dukes and Bell finished tied for 2nd in PM drive with an impressive 8.5 share.” 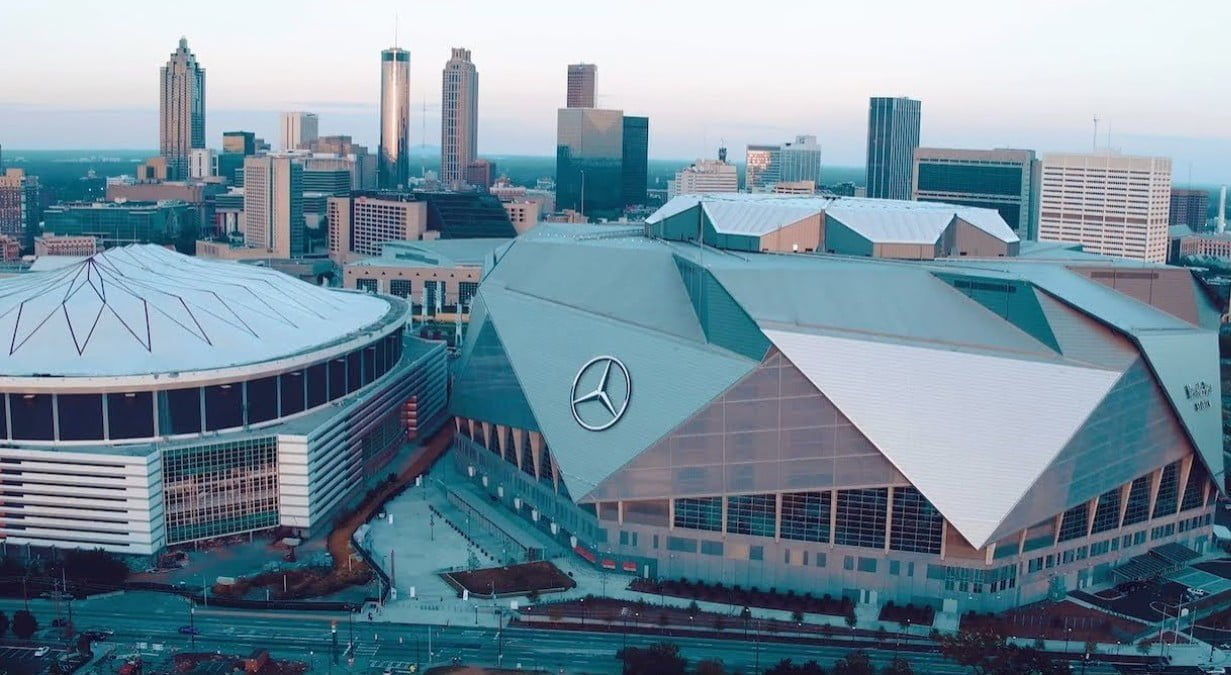 Atlanta’s summer ratings book provided good news for both 92.9 The Game and 680 The Fan, the market’s two sports radio brands. Each improved their year to year performance, thanks to a mixture of quality talk shows and increased enthusiasm for the market’s local sports teams.

Starting with 92.9 The Game, the station finished the quarter 3rd for the full week (M-SU 6a-Mid) with a 7.5 share. The two stations ranked ahead were 97.1 The River, and news/talk station WSB.

Among the weekday shows, The Game enjoyed a 2nd place tie in mornings thanks to the team of John Fricke and Hugh Douglas. The duo popped a 5.6, placing them in a dead heat with Q99. WSB finished 1st.

In middays, Andy Bunker and Randy McMichael delivered a 3rd place finish, producing a 7.8 share. The two stations ahead of the show were WSB (1) and 97.1 The River (2).

The Game’s afternoon team of Carl Dukes and Mike Bell delivered the station’s best performance for the quarter. Dukes and Bell finished tied for 2nd with The River in PM drive with an impressive 8.5 share. WSB was 1st overall during the hours of 2p-7p.

For 680 The Fan, this was also an excellent book. The station made lineup changes on July 19th, so the book isn’t a full three month snapshot of what the new crew produced. It also takes time for local listeners to develop routines with new program. That said, the first look included a number of positives, which had to please the folks up top.

Starting in middays, the folks up top had to feel good about the performance turned in by Nick Cellini and Chris Dimino. The longtime on-air partners finished the quarter tied for 5th during the hours of 11a-2p with a 3.2 share. Buck Belue, who also hosts in the midday window from 10a-11a, grabbed a 2.3 share during his one-hour show to finish tied for 11th.

In the drive times, Chuck and Chernoff recorded a 5th place tie in afternoons with a 3.4 share. Their 5th place tie matched Cellini and Dimino for the station’s best performance for the book. In mornings, ‘The Locker Room’ which features John Michaels, Brian Finneran, Hutson Mason, Joe Hamilton, and Brandon Leak finished 15th with a 2.2 share.

The one area where 680 gained a victory over The Game was at night. A strong season and playoff push from the Atlanta Braves had much to do with that. The Fan ranked 3rd at night with an 8.0 share. The Game was just one spot behind in 4th with a 5.7 share.

The Fan’s August & September monthlies showed increases across the entire 6a-8p lineup. If that holds true during the upcoming months, the station could close the year by gaining more ground during the fall and heading into 2022 with nice momentum.

The Game on the other hand will add cume from the Atlanta Falcons, and massive interest in the Atlanta Hawks due to the franchise advancing last year to the Eastern Conference Finals. That should set the station up well for another strong 4th quarter.

Denver’s Sports Station 104.3 The Fan has announced a number of new content elements focused on bringing even more Denver sports related shows to their listeners.

The new additions include ”The Fan’s Avalanche Postgame Show” and ”The Fan’s Nuggets Postgame Show” which will air following every regular season and postseason game on 104.3 The Fan or 104.3 HD2. Each postgame show will be 30 minutes long, taking live calls and texts from Avalanche and Nuggets fans.

The station will also launch two weekly digital shows, “The Fan’s Nuggets Fast Break” and “The Fan’s Avalanche Face Off.” that will be hosted by Rachel Vigil. Both shows will feature guests that know all things Denver sports.

104.3 The Fan will also be coming out with a new hockey podcast to match their basketball show already in place ”Mile High Hoops”. The hockey show is called ”Mile High Hockey” and will be hosted by Mike Evans.

Program Director Raj Kumar Sharan took to social media to express his excitement for all of the new content that 104.3 The Fan will be producing.

“This is the most content The Fan has produced on the Avalanche and Nuggets in our more than 26 year history, and we’re hopeful these great fan bases will enjoy listening and watching.” Sharan finally added.