Chris Lopresti isn’t in his usual role on Carton and Roberts anymore. The former update anchor broke the news to listeners and fans via Twitter on Monday.

Lopresti says he received an overwhelming amount of support and well wishes. He also wanted to reiterate that his future is uncertain. He is not totally gone from WFAN.

At some point, a narrative emerged that Craig Carton or Evan Roberts personally fired Lopresti or expressed a desire for him to go. Carton took to Twitter to reject those assumptions and rumors and make sure everyone knew how hard he and Roberts worked to get Lopresti on the show in the first place.

Lopresti confirmed everything Carton wrote in his tweet, saying that he is disappointed not to be part of Carton and Roberts anymore, but that he isn’t gone from WFAN. He has a decision to make regarding his future. That future simply will not include being part of the show or doing the same job he previously did.

“Five of the top six brands in St. Louis are owned by Hubbard Radio, and they deliver a combined 50.7 share among Men 25-54. Absolutely incredible.” 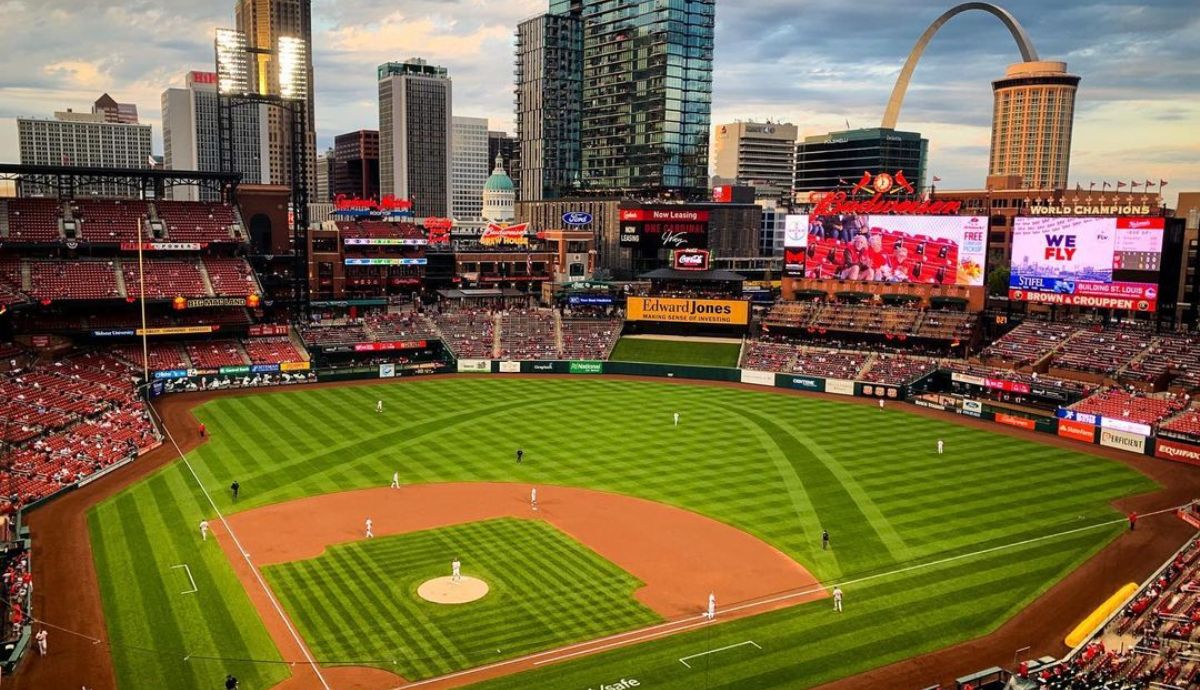 When analyzing a quarterly report in St. Louis, it usually starts with 105.7 The Point and KSHE 95 grabbing the top two spots and owning a combined thirty share among Men 25-54. After those two brands are eliminated from the discussion, then the real examination begins.

For the market’s top sports station, 101 ESPN, the summer book news was excellent. They finished 3rd overall in weekday prime (M-F 6a-7p), best among all other local brands with an impressive 8.8 share. The 4th ranked station for the quarter was 106.5 The Arch, and the 6th ranked was country brand WIL. What do they all have in common? They’re all owned by Hubbard Radio. This means five of the top six brands in St. Louis are under one roof, and they deliver a combined 50.7 share among Men 25-54. Absolutely incredible.

Among 101’s local shows, the best performance for the quarter belonged to the midday team of Brandon Kiley and Alex Ferrario. BK and Ferrario produced an outstanding 10.1 share during the hours of 11a-2p, ranking them 3rd during their slot with Men 25-54.

Up next was the morning team of Randy Karraker and Michelle Smallmon. Karraker and Smallmon recorded a strong 9.3 share in AM drive during the hours of 7a-10a to also finish the book in 3rd place.

Following those two programs was the station’s afternoon show, The Fast Lane. Anthony Stalter, Brad Thompson and Jamie Rivers collectively generated an 8.3 share from 2p-6p to snag a 3rd place showing in their slot.

Closing things out was Dan McLaughlin who pulled in a 7.9 share from 10a-11a to finish the book in 4th. The station’s evening hours, which features ESPN Radio programming and the St. Louis Blues during hockey season, ranked 12th with a 4.0 share M-F 7p-12a.

Other highlights from the quarter included an impressive performance by KMOX during M-F 7p-12a. The station finished 1st for the book with an 11.1 share. Most of KMOX’s evening hours during the summer book featured St. Louis Cardinals baseball.

The market’s other sports station, 590 The Fan, did not appear this quarter. 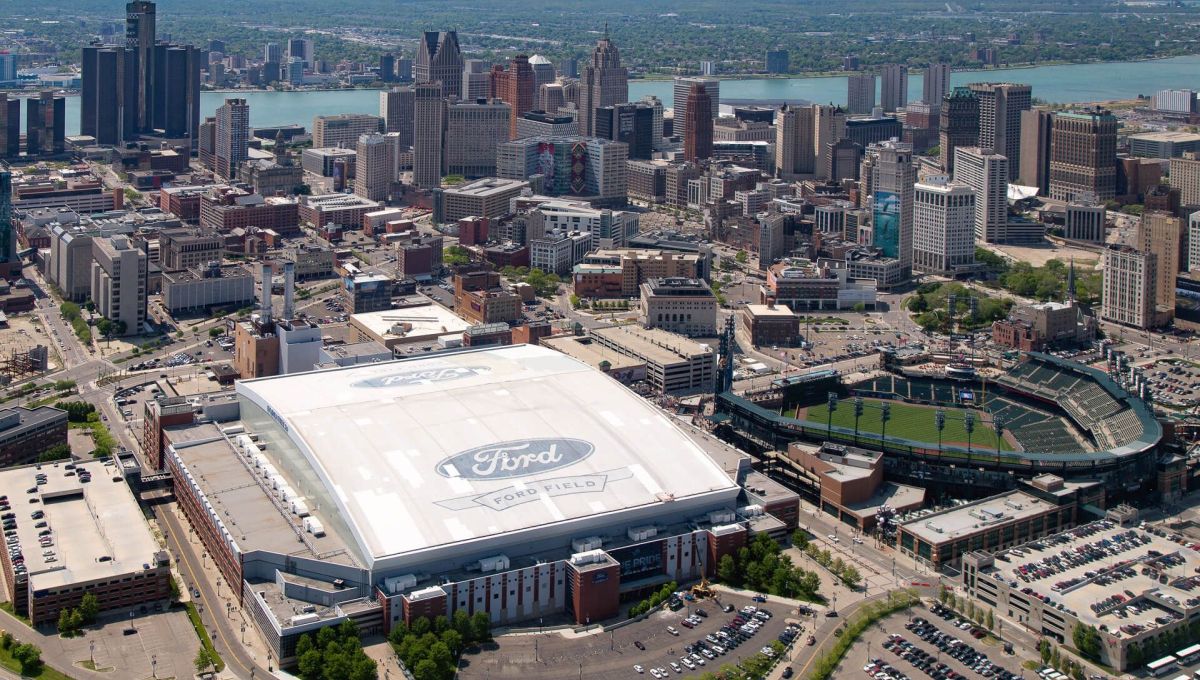 The summer ratings are in for Detroit, and as usual, 97.1 The Ticket turned in a stellar performance. The market’s dominant sports voice and one of the nation’s top format brands placed 2nd in weekday prime (M-F 6a-7p) with a 10.2 share among Men 25-54. The station ranked 3rd for the full week (M-SU 6a-Mid) with a 9.0 share.

Examining the weekday programs, The Ticket received a 7.8 share, 3rd place ranking in morning drive from Mike Stone, Jon Jansen and Heather Park. The show was also 6th with Adults 25-54 with a 5.2 share. That’s a pretty strong showing. If there’s any downside to the quarter, it’d be a lower number this year than last year when the morning show finished 2nd with an 11 share.

Turning to middays, Doug Karsch and Scott ‘Gator’ Anderson recorded an 8.3 share with Men 25-54 to deliver the station a 2nd place finish between 10a-2p ET. With Adults 25-54, the duo popped a 5.2 share, which placed them 8th. Middays gained a point year over year, another positive sign.

Shifting to afternoon drive, the team of Mike Valenti and Rico Beard produced the top showing on the station for the quarter. Valenti and Beard generated an impressive 14.1 share to rank 1st with Men 25-54. They were also 1st with Adults 25-54 with an 8.3 share. To put a cherry on top, the show also picked up 2.4 points year over year.

What’s even more impressive is that these numbers represent only the station’s over the air listening measurement. If streaming gets added to the equation, the story is likely to be even better. With or without those numbers, The Ticket once again dominated. Jimmy Powers and his team have reason to celebrate, and should feel great as they aim to close out the final book of the year, the fall book, with a repeat performance.

“The station produced a 5.6 share for the quarter in weekday prime (M-F 6a-7p) to finish 6th. That was a nine tenths of a point increase from their spring performance.” 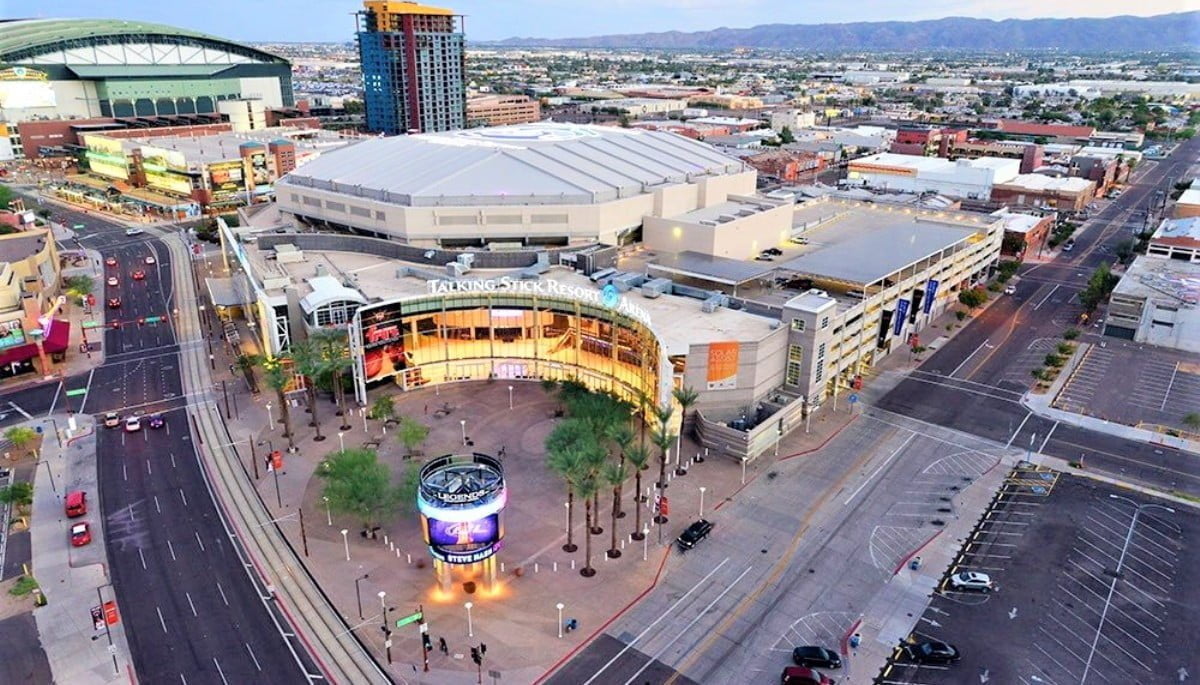 Temperatures rise during the summer months in Phoenix. The same can’t always be said about sports radio ratings. But in 2021, listenership in Phoenix advanced to a record level.

Following a spring book which saw the Phoenix Suns get hot in the playoffs and begin their push to the NBA Finals, Arizona Sports 98.7 rode that momentum to its most dominant victory ever in the summer book. The station produced a 5.6 share for the quarter in weekday prime (M-F 6a-7p) to finish 6th overall. That was a nine tenths of a point increase from their spring performance.

The news was even better for 98.7’s afternoon show, Burns and Gambo. The popular duo popped a station best 6.4 share in their timeslot to finish the book in 2nd place. That marked the third straight book of growth for the show, including a seven tenths gain from the spring.

Next best in the lineup were Bickley and Marotta. The new morning team, which had been installed in middays during the summer months, closed out their midday tenure with a 5.5 share. That showing was good enough to place them 4th in the market for the quarter. The midday slot improved by a full point from spring to summer.

Wrapping up in morning drive, the longtime team of Doug and Wolf, which previously featured Doug Franz and Ron Wolfley, signed off for the final time with an 8th place 4.4 share. Doug and Wolf spent more than 14 years together on the station in morning drive. They were up seven tenths from the spring.

The rest of the market didn’t have much of a ratings story among sports radio brands. 1580 The Fanatic and KDUS didn’t record a rating. FOX Sports 910 delivered a 0.1 in weekday prime, and received an 0.2 from Jody Oehler, the only other sports show in the market to record a rating during the summer book.

When the fall book gets released, we’ll get our first look at how the local audience responds to the changes recently made by Arizona Sports. The station now features Bickley and Marotta in mornings, Wolf and Luke Lapinksi in middays, and Burns and Gambo in afternoons. Rod Lakin will also be gone, having left for Philadelphia to program Sports Radio WIP.

One thing to remember, the spring and summer books included a major boost from the Suns, so that carryover isn’t guaranteed to continue into the fall. Some may read that and suggest I’m giving 98.7 a pass following their recent changes. I’m not. I’m simply trying to paint a realistic picture that audience levels could change due to not having a local team battle for a championship during the fall months.

Regardless, Arizona Sports are thriving right now. Congratulations is in order for Scott Sutherland, Ryan Hatch, and the entire programming team.